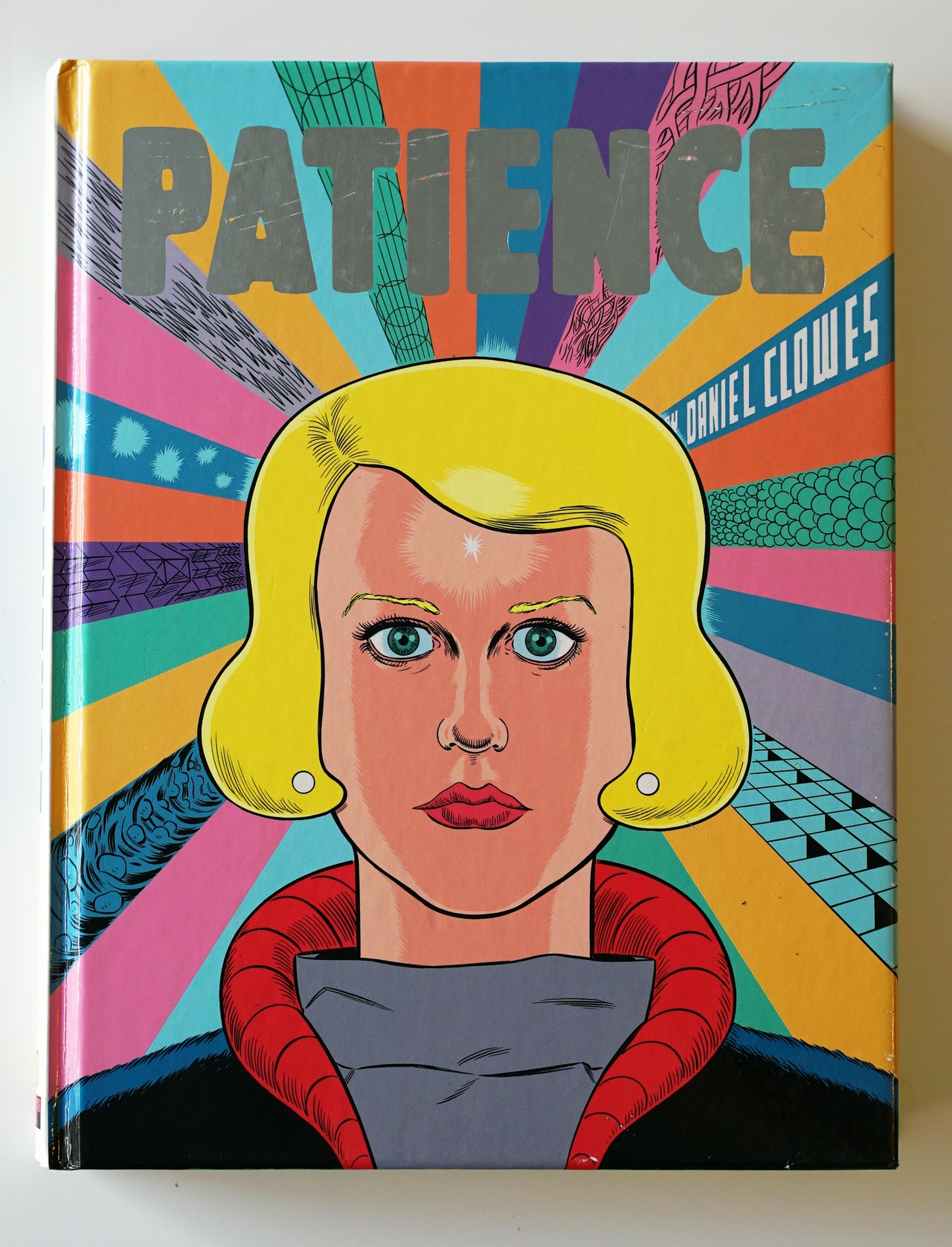 PATIENCE seems to be the one work by Daniel Clowes to have flown under the radar in a way. Aside from the initial burst of write-ups that tend to accompany any accomplished author in the midst of a book release publicity tour, I haven't really seen PATIENCE mentioned much since. And that was back in 2016. This may be due to the staggering achievement of many of Daniel Clowes' previous works, chief among which might be GHOST WORLD. In fact, it is my understanding that GHOST WORLD has steadily been Fantagraphics' best seller since its initial publication in 1995. And while that as well as many of Clowes' other works I also hold in very high regard, I might go as far as proclaim PATIENCE to be Clowes' best work yet. 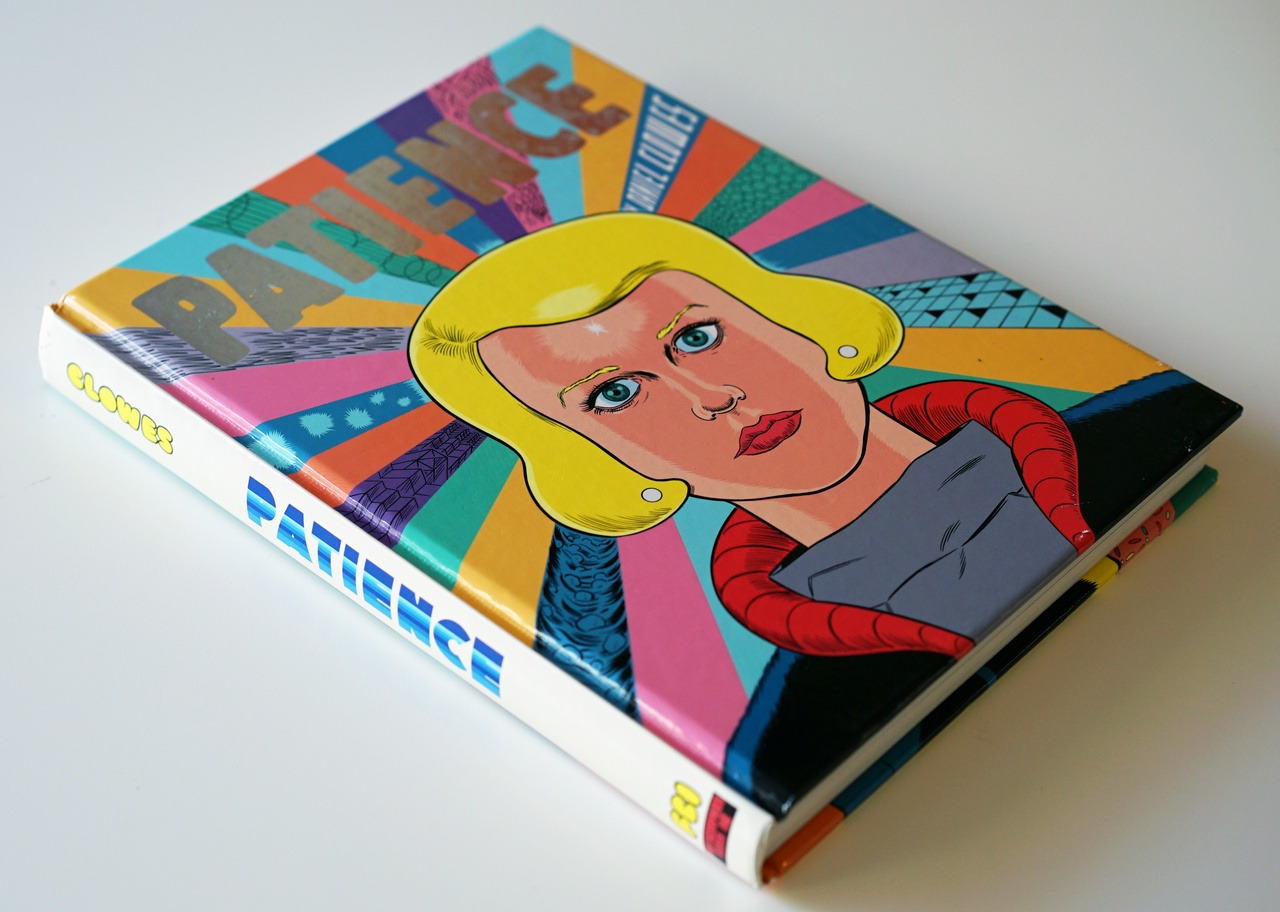 What we have on our hands here is a master cartoonist at the height of his illustrative craft basically flexing in the storytelling department. He may have proved this already with the Academy Award he scored for his screenplay adaptation of GHOST WORLD, but PATIENCE is just so much more impeccable. The thing about the work of cartoonists is that, typically speaking, it's very difficult to examine a story with little regard to the illustration. They very much go hand in hand, and you can almost always see the story's development as an integral part of the drawing/cartooning process in a way. And while that very much applies to PATIENCE, the caliber of story-weaving is just so good that I could easily enjoy the unfolding of this exact same story in prose form. 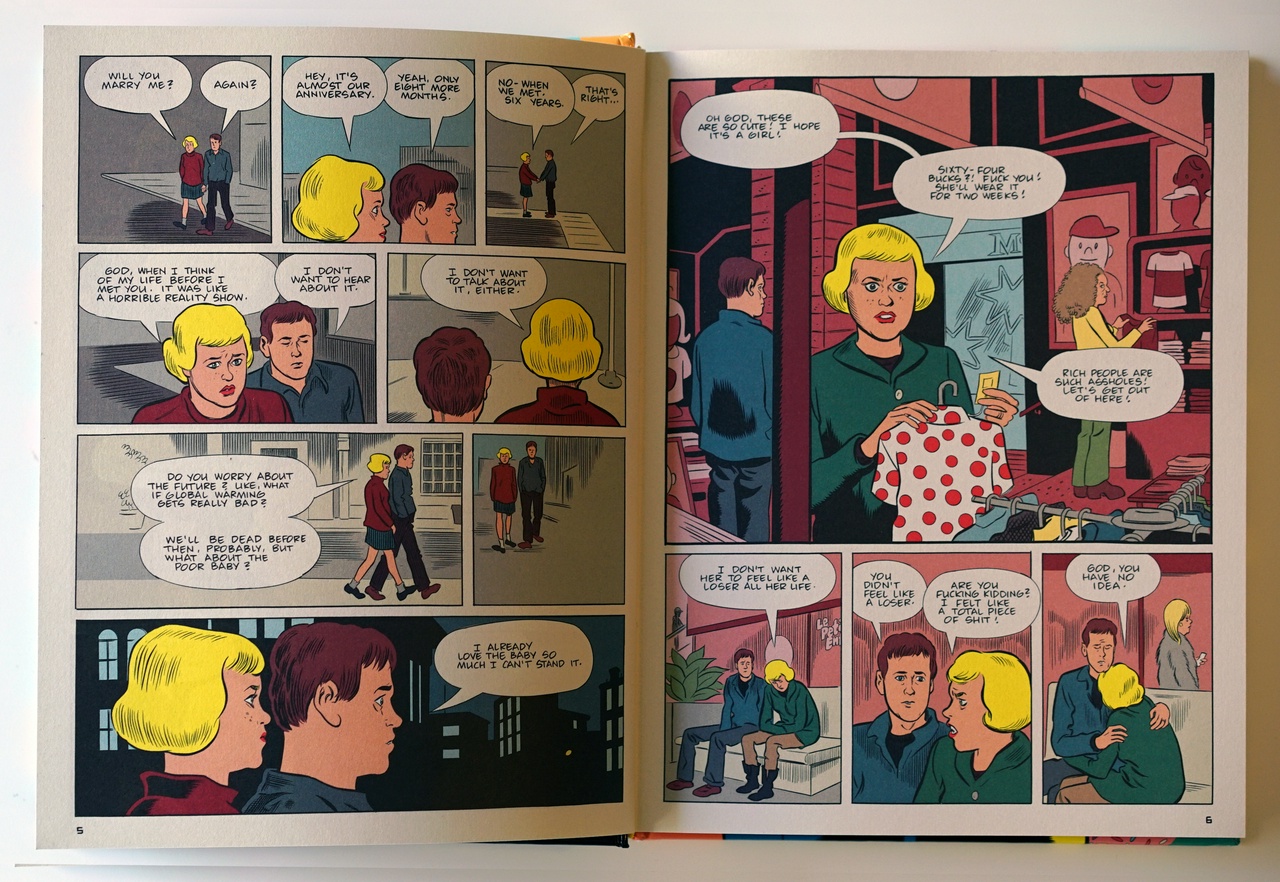 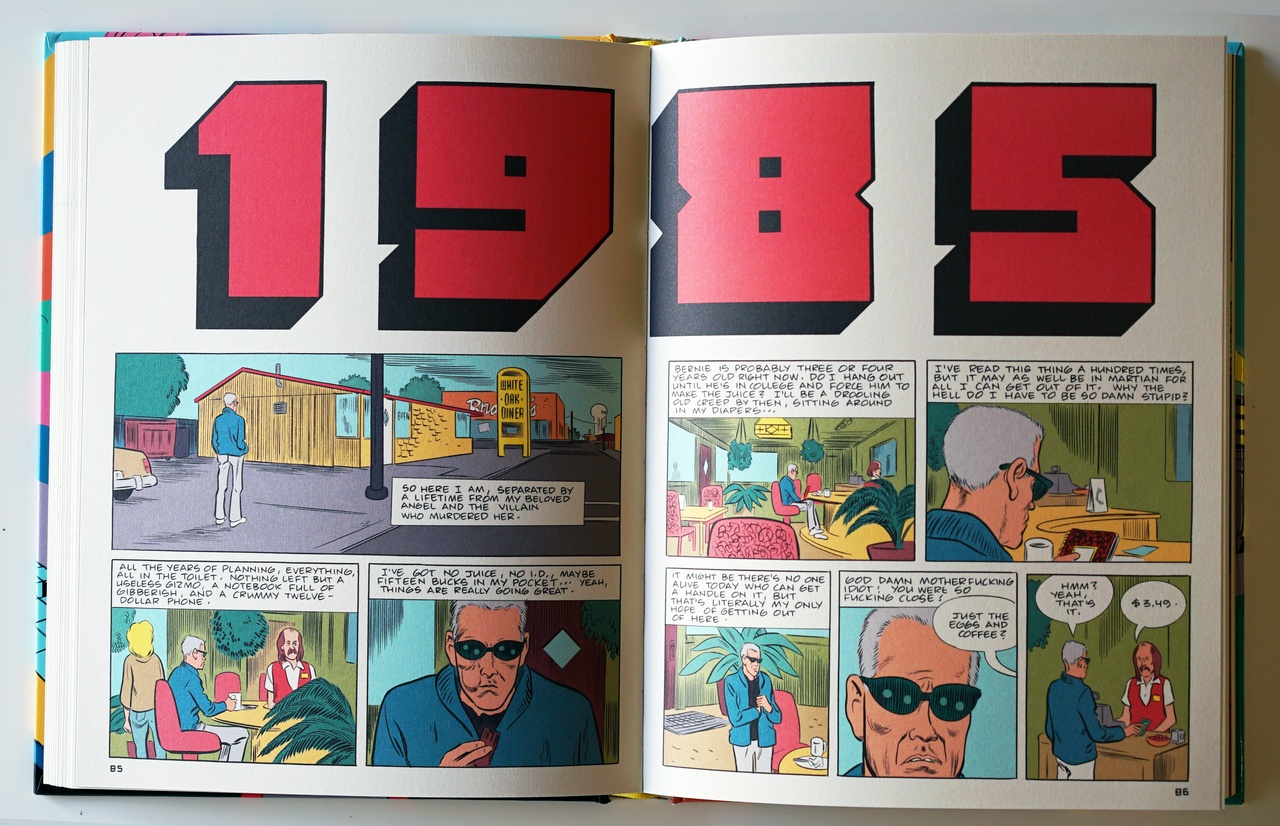 The story involves time travel, which is very hard to do anything new with after the likes of movies like BACK TO THE FUTURE and TERMINATOR. Clowes miraculously manages to break fresh new ground in that arena, proving that there is still new territory to conquer there, while paradoxically creating yet another height of achievement in that arena that will make it very hard to top. Clowes plays it straight the entire time. Sure, there are moments of dark Clowesian humor sprinkled throughout, but unlike much of Clowes' bibliography, this isn't a work of satire. In fact, I found myself saying “oh fuck”, “ooooh fuck” out loud many a time over the course of the book. 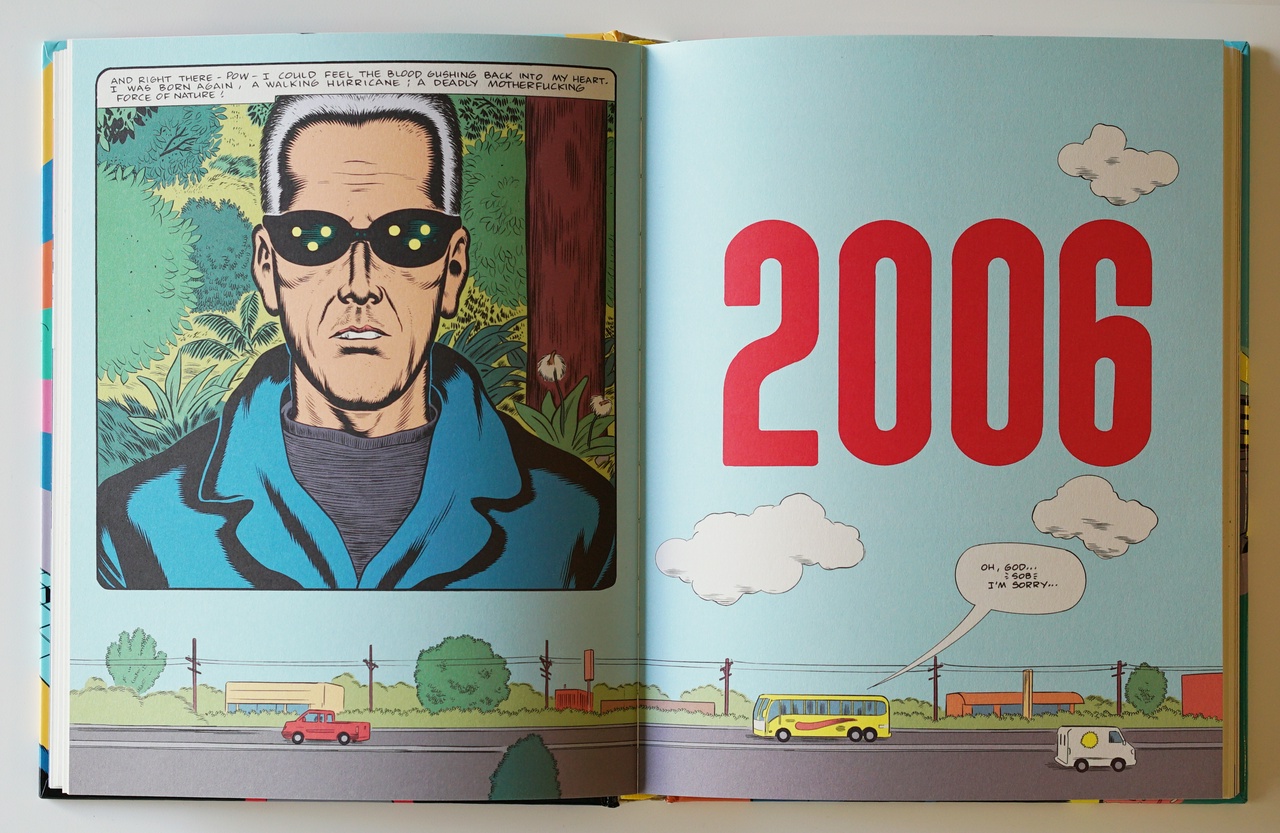 Generally speaking, I'm not much of a fan of narration in comix. I find that it's a bit of a cheat in that it allows you to tell the story in an expedited fashion through much textual exposition while avoiding to visually depict much of the story. PATIENCE is filled with narration, filled with it! But Clowes only utilizes it to really get into the characters' psyches, and he does it so masterfully that you—as a reader—will indeed find yourself embodying these persons in the way only the best novel tends to do. In fact, he does a really interesting thing where the narration kind of flows independent of the actions taking place in the panels they're associated with, so what you're reading textually operates on a plane that is quite different from what you're reading pictorially. It's a very impressive use of the medium. 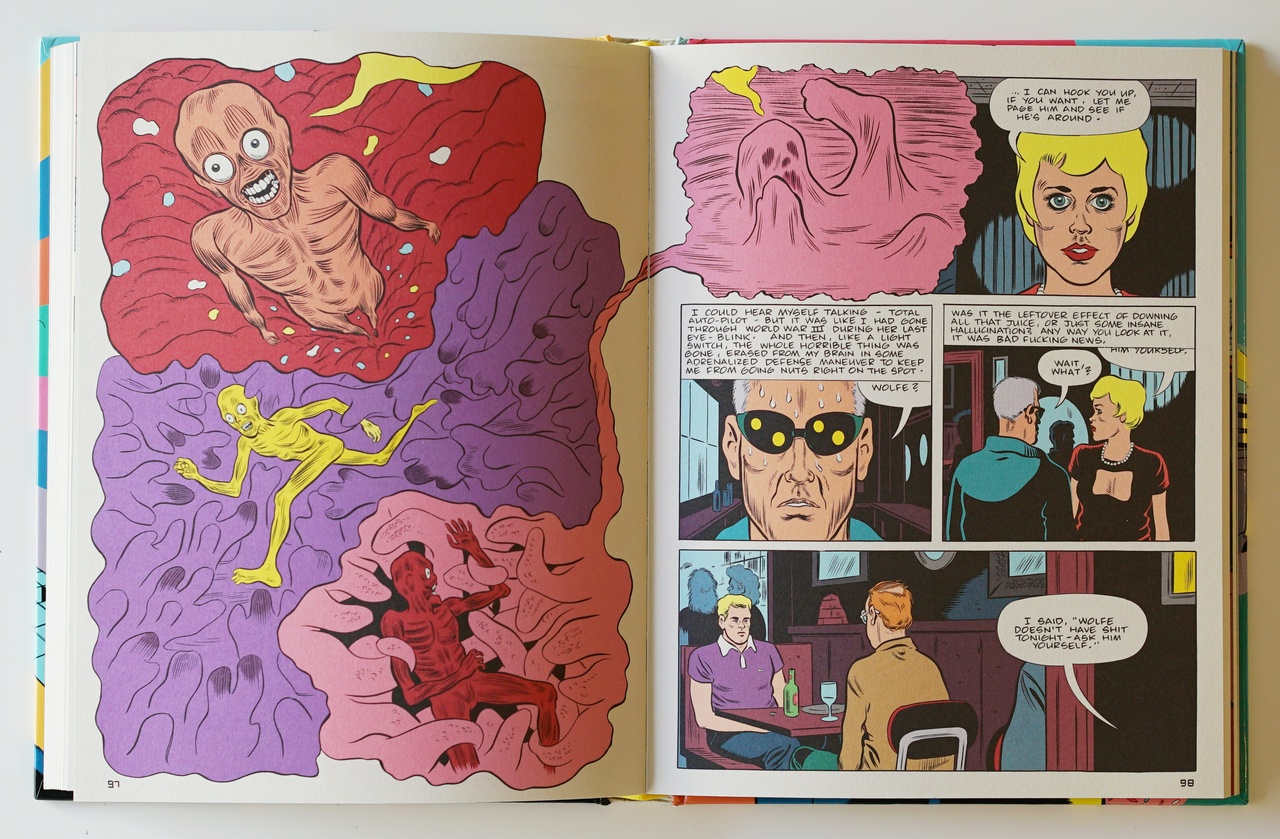 PATIENCE is a page-turner, one that impresses both visually as well as conceptually. It'll have you glued in place from beginning to end; an end which ties the entire experience in a most beautiful bow. Instantly one of my top 5 favorite graphic novels of all time. 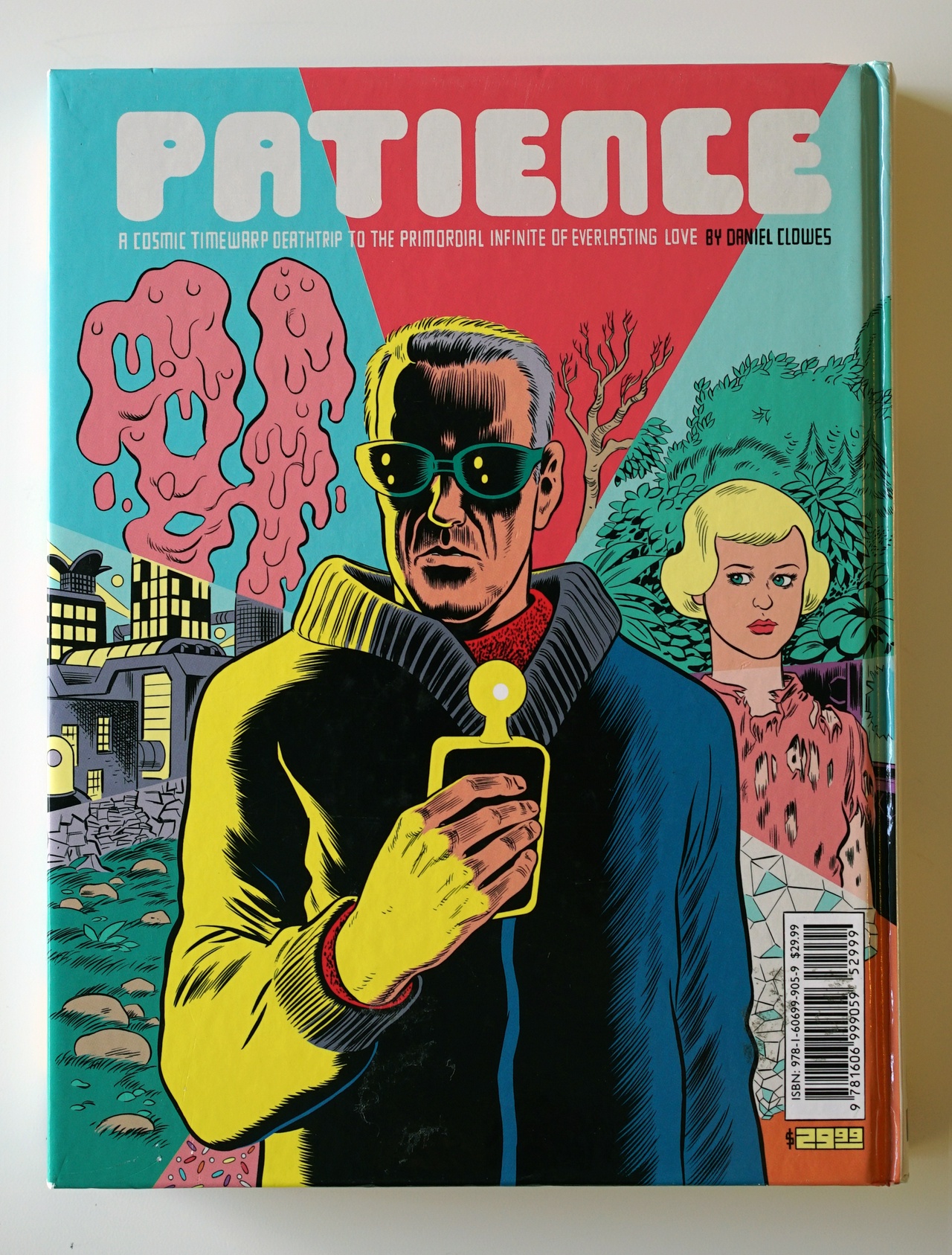