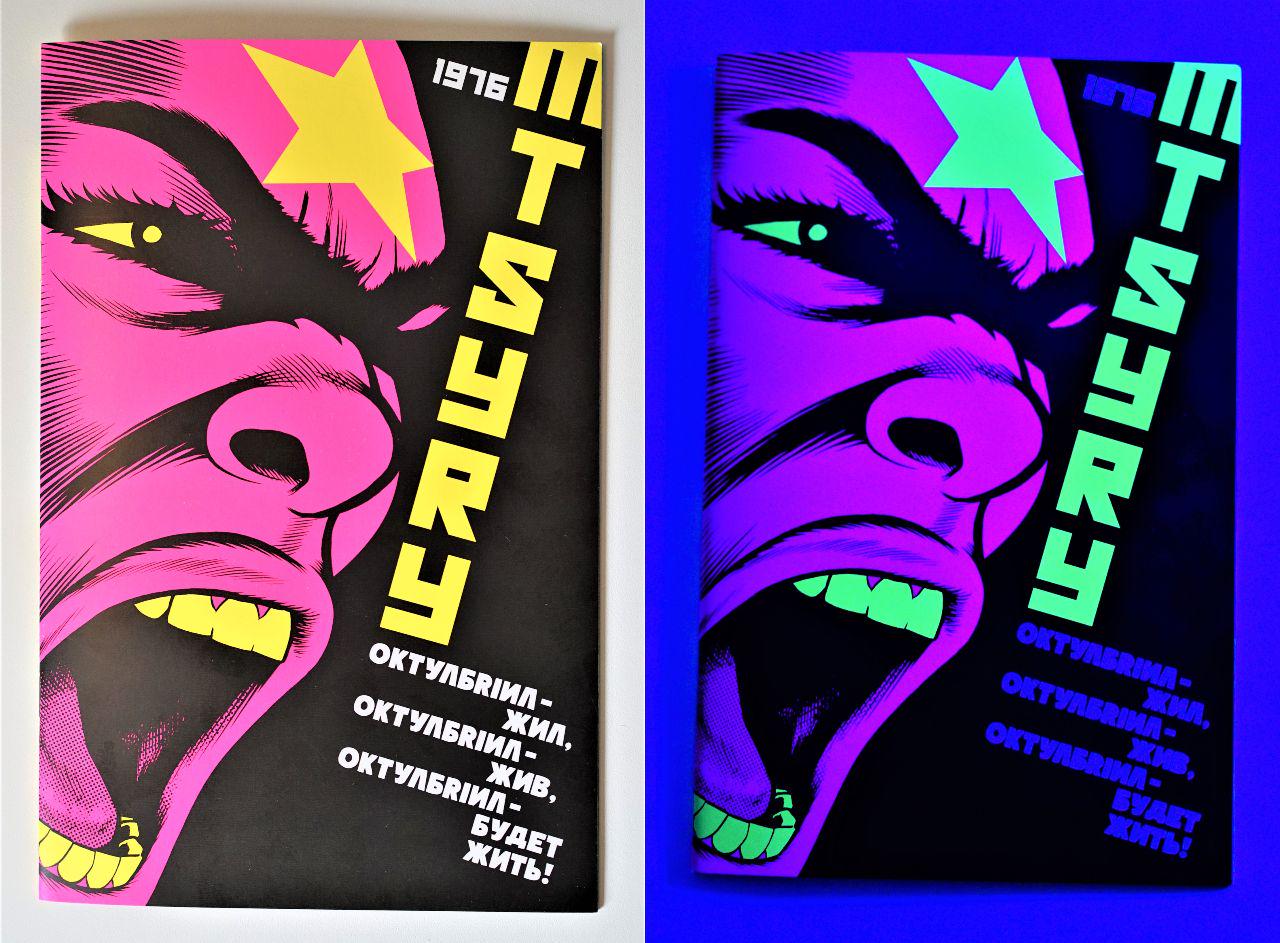 A comic about a mythical public domain revolutionary created in hiding by underground cartoonist networks in Kiev? Brought back to life by Jim Rugg in glorious fluorescent black-light inks?

This, without even thinking about it for a split second, blows all my whistles. From the subject matter to the character's peculiar history, to the unique printing treatment, to the very cartoonist behind this revival, I was all in, and jumped at the chance to back this comicbook on Kickstarter as soon as it was announced.

Fluorescent inks aside however, the end result is largely underwhelming. The story follows Robot's Stalin's plans to test a terabomb in Northern Siberia, home of the indigenous Nanets. Word gets out and makes it to the PPP Party (Progressive Political Pornography) prompting Octobriana to stop Robot Stalin before it's too late! Decent enough setup that takes all of four pages, with the rest of the comic following Octobriana's mission. This wouldn't be too bad if the mission was at all challenging, but Octobriana romps throug it like a badass from start to finish. 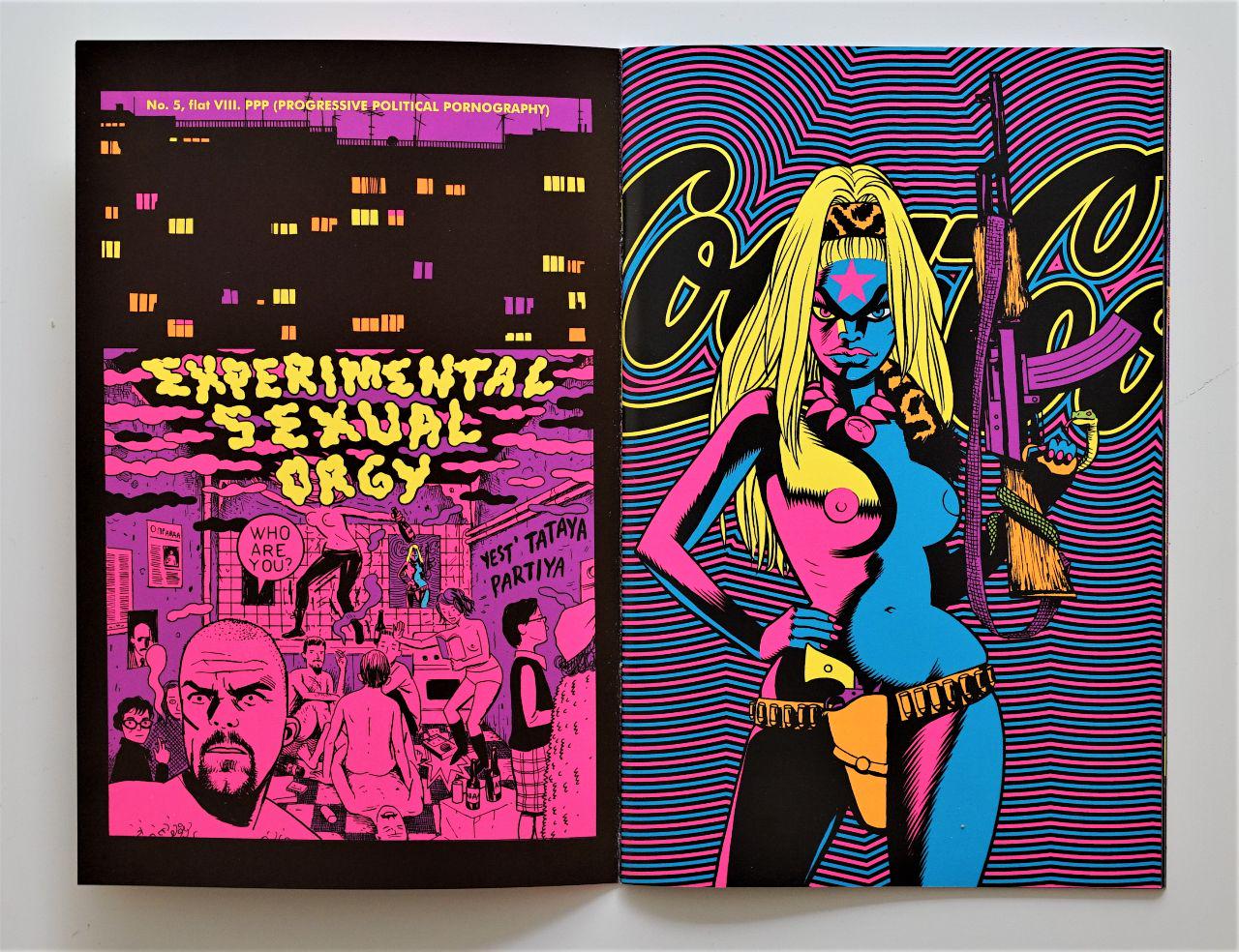 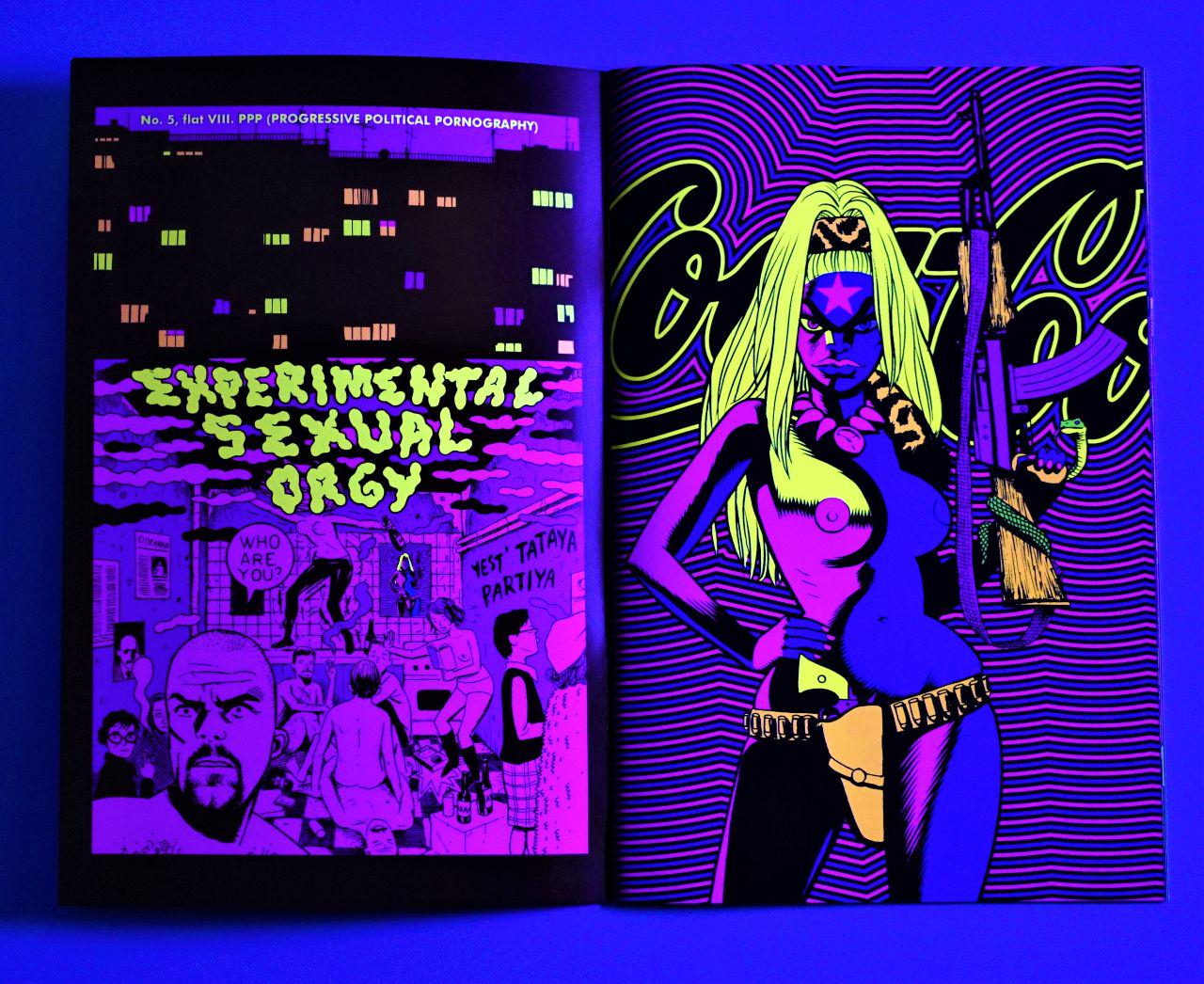 I expected a bit more meat to this story. Given the character's history, Octobriana is ripe for something a little more deconstructive, and maybe even an opportunity to explore ideas around communism, capitalism, democracy, and dictatorship (and pornography!). Granted, that may be too much to ask of a 24-page comicbook. I do love the fun, lighthearted humor of the thing, but most of that lies in the first four pages, with the rest being straight action comix, and not entirely exciting action comix at that. Honestly the completely unchallenging action sequences wouldn't have bothered me had some of the key “money shots” been rendered with far more badassery by Rugg. Instead, they're given the same treatment an artist might give a throwaway panel. 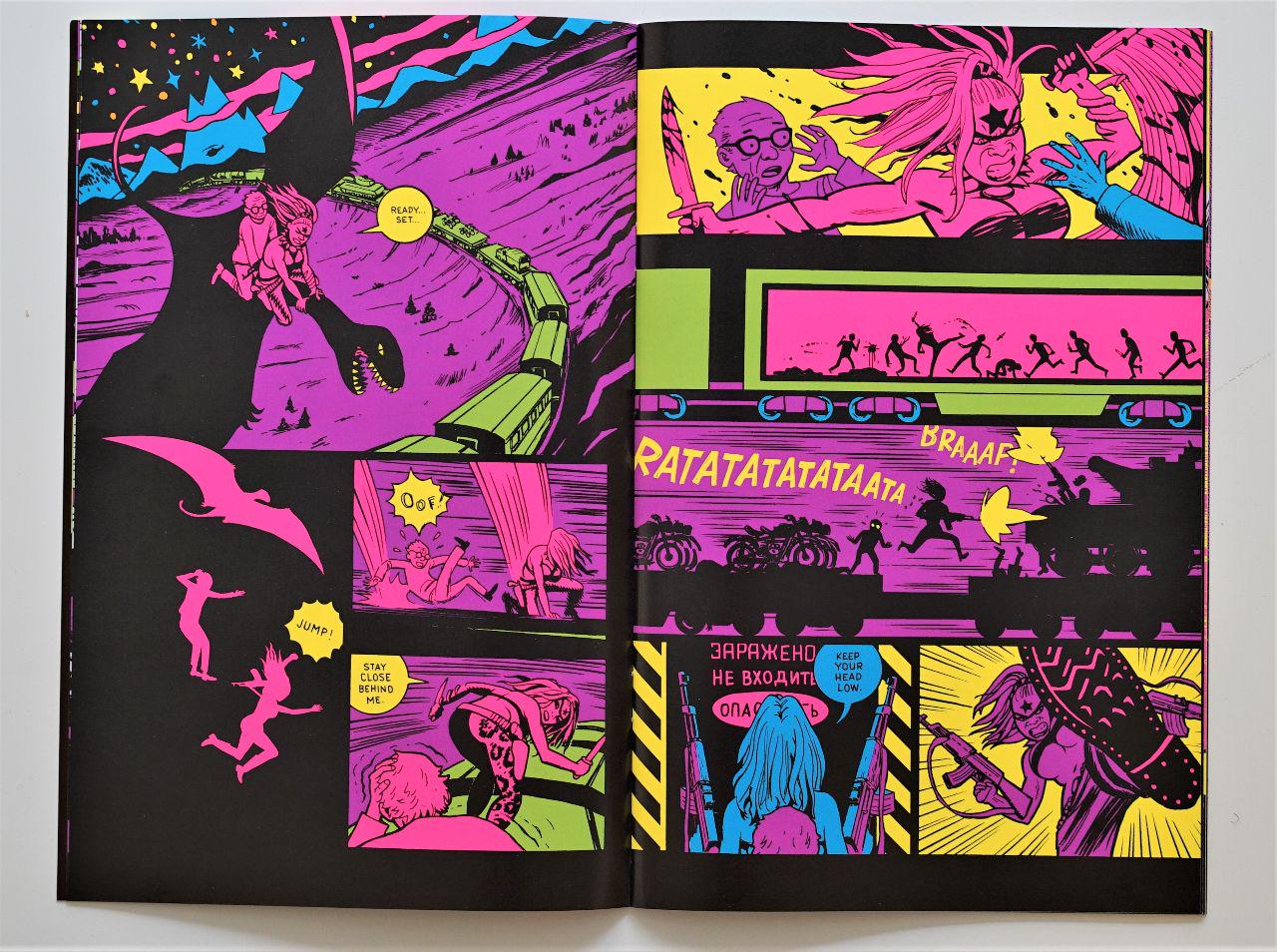 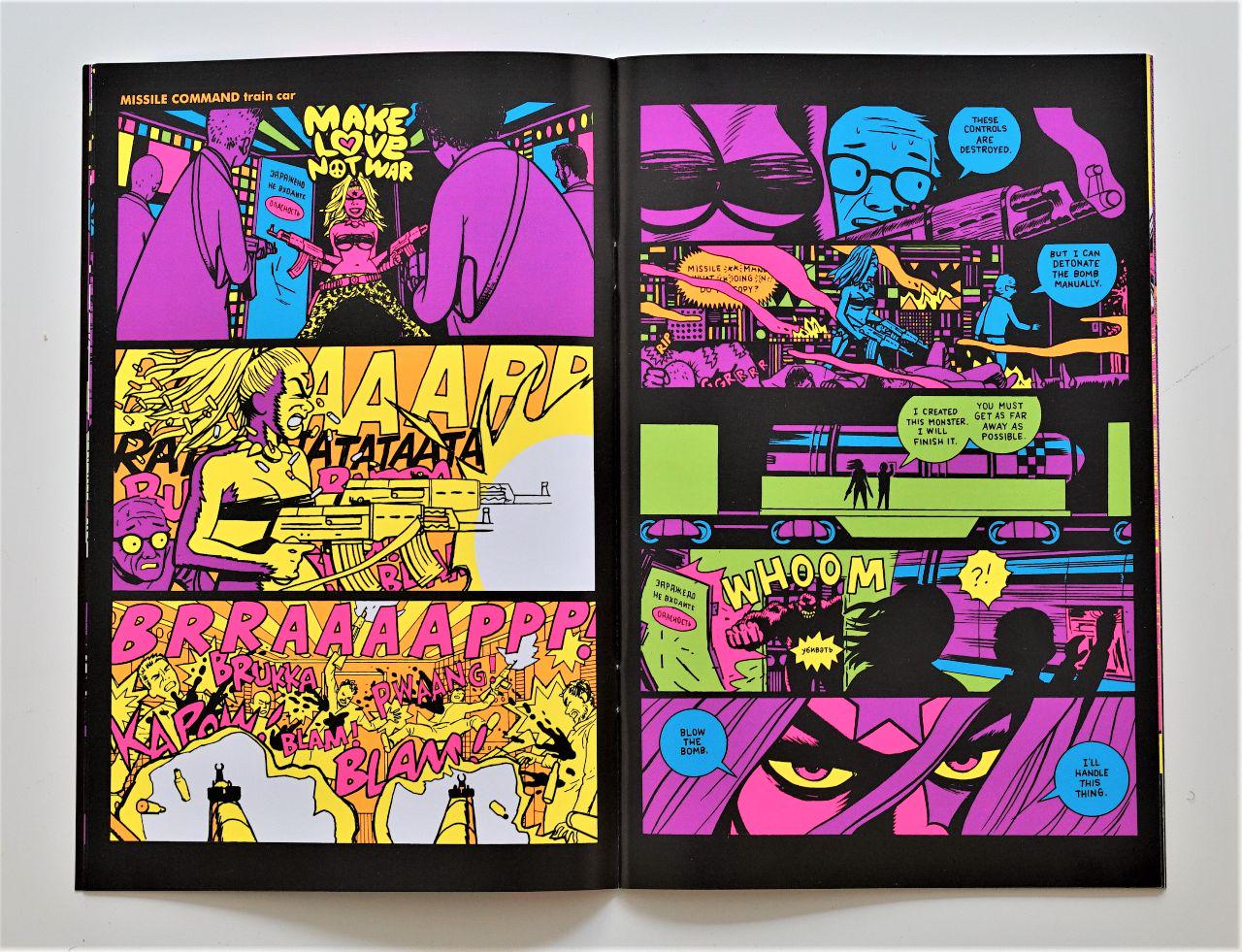 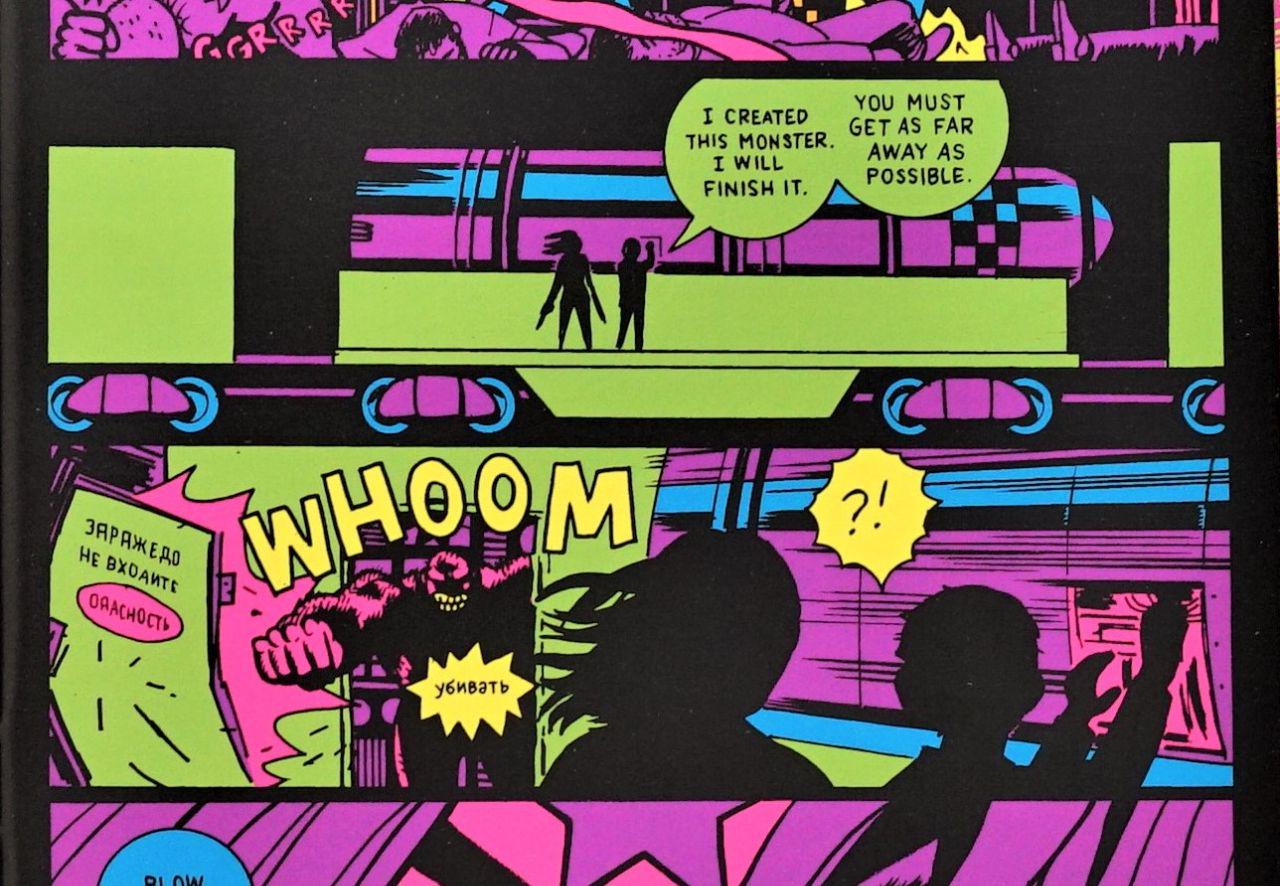 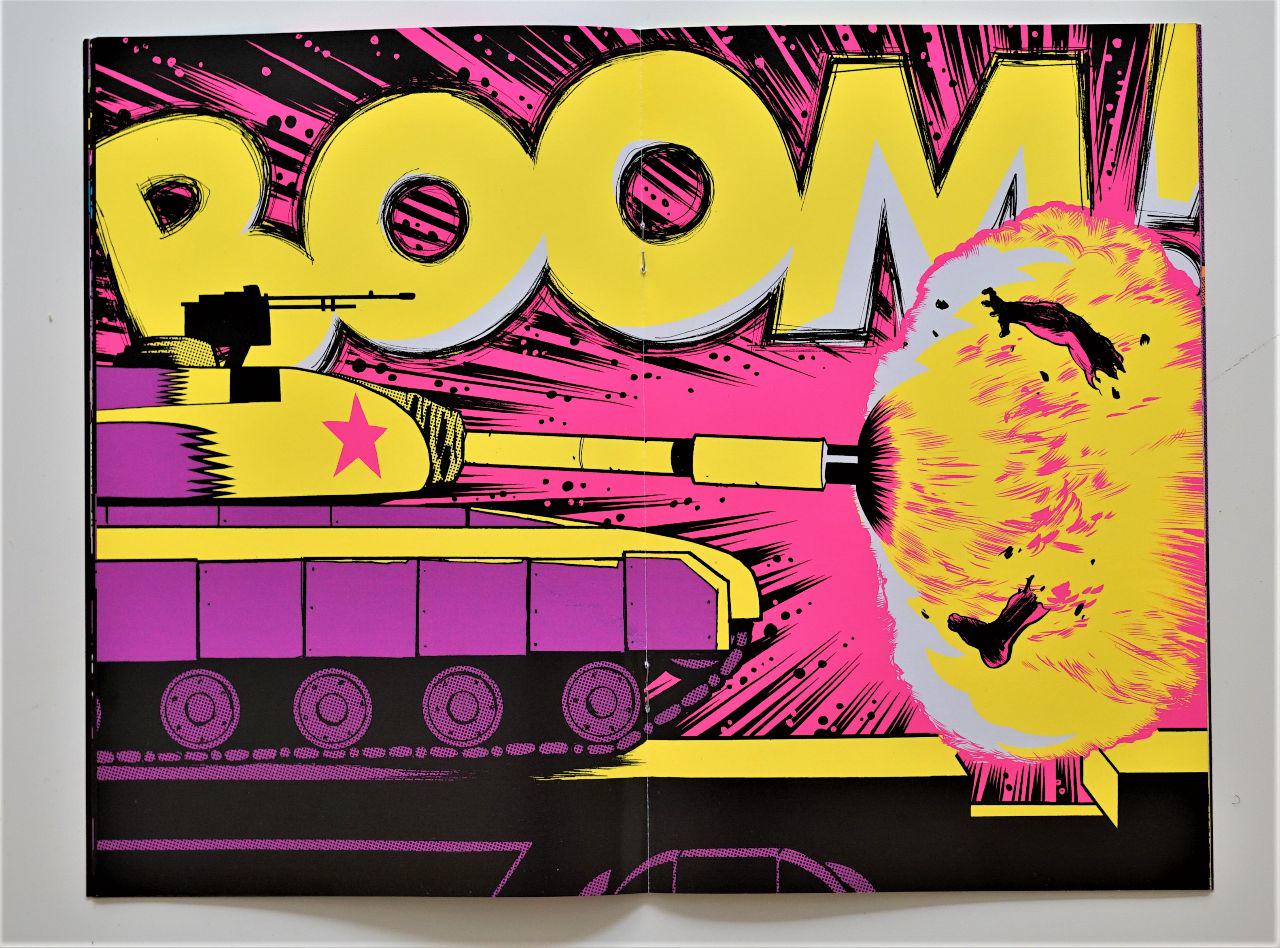 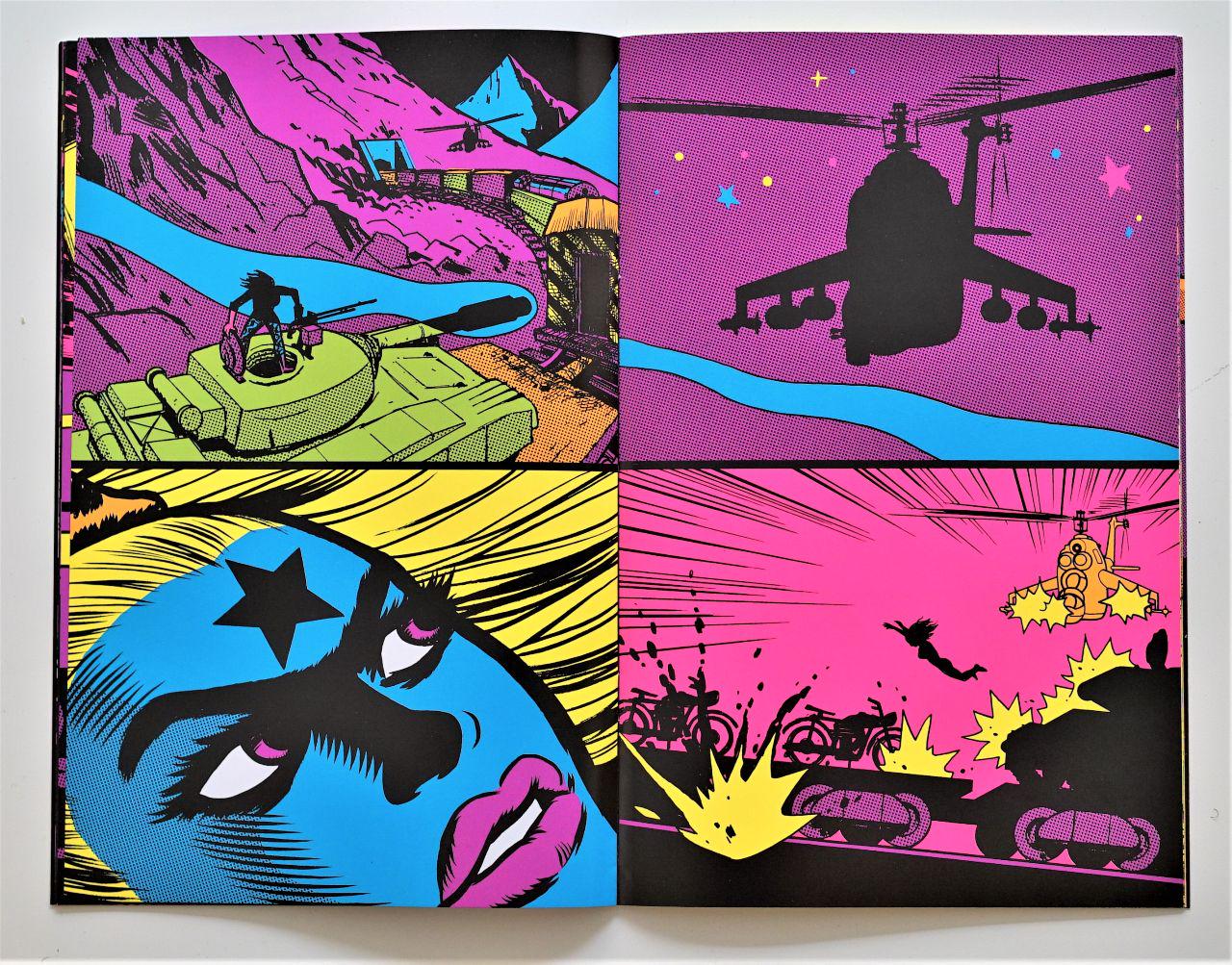 Honestly, I could go on and on about all the lost money shots, because lost money shots is pretty much what makes up most of OCTOBRIANA 1976, but the kicker for me was on the page before the last: 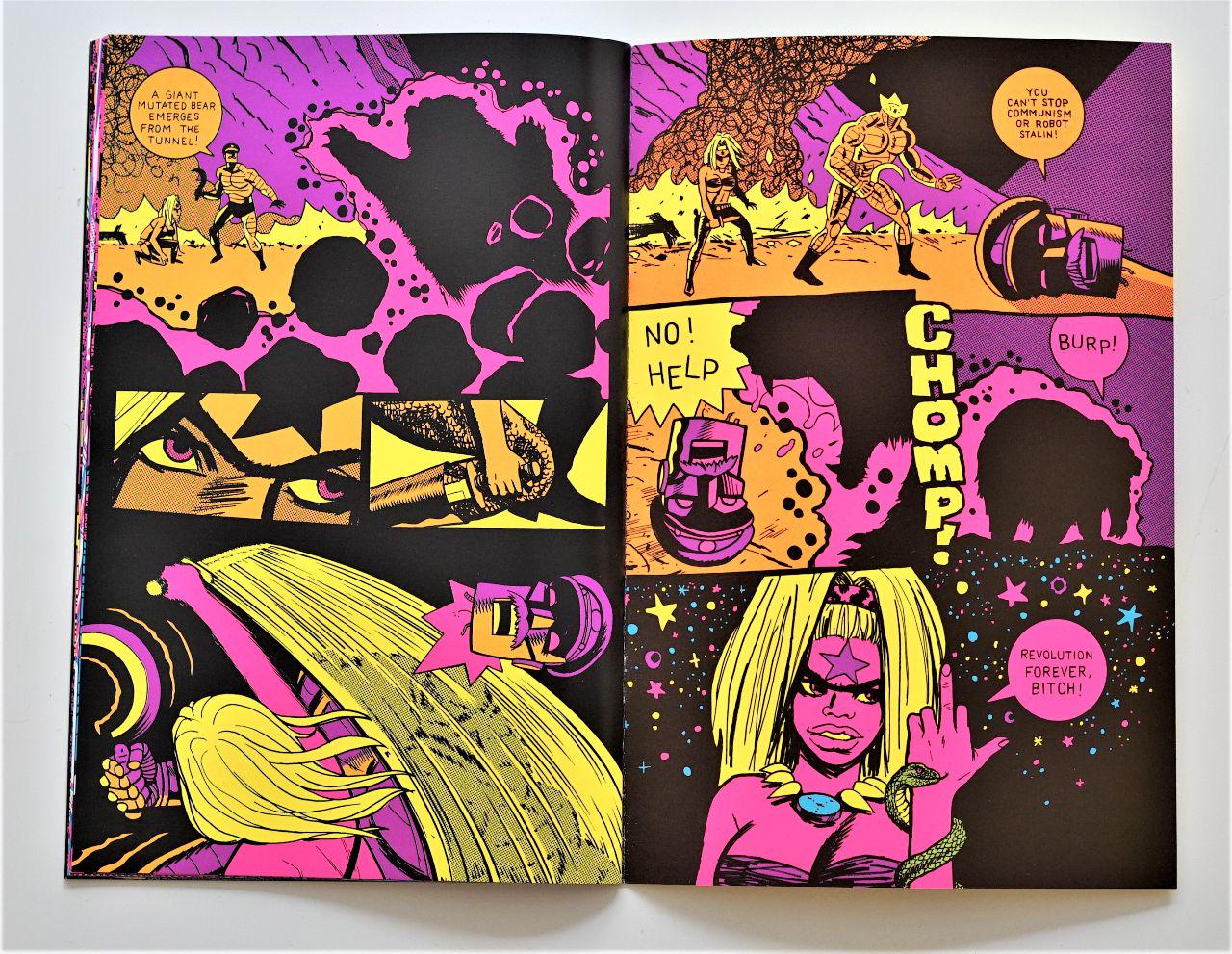 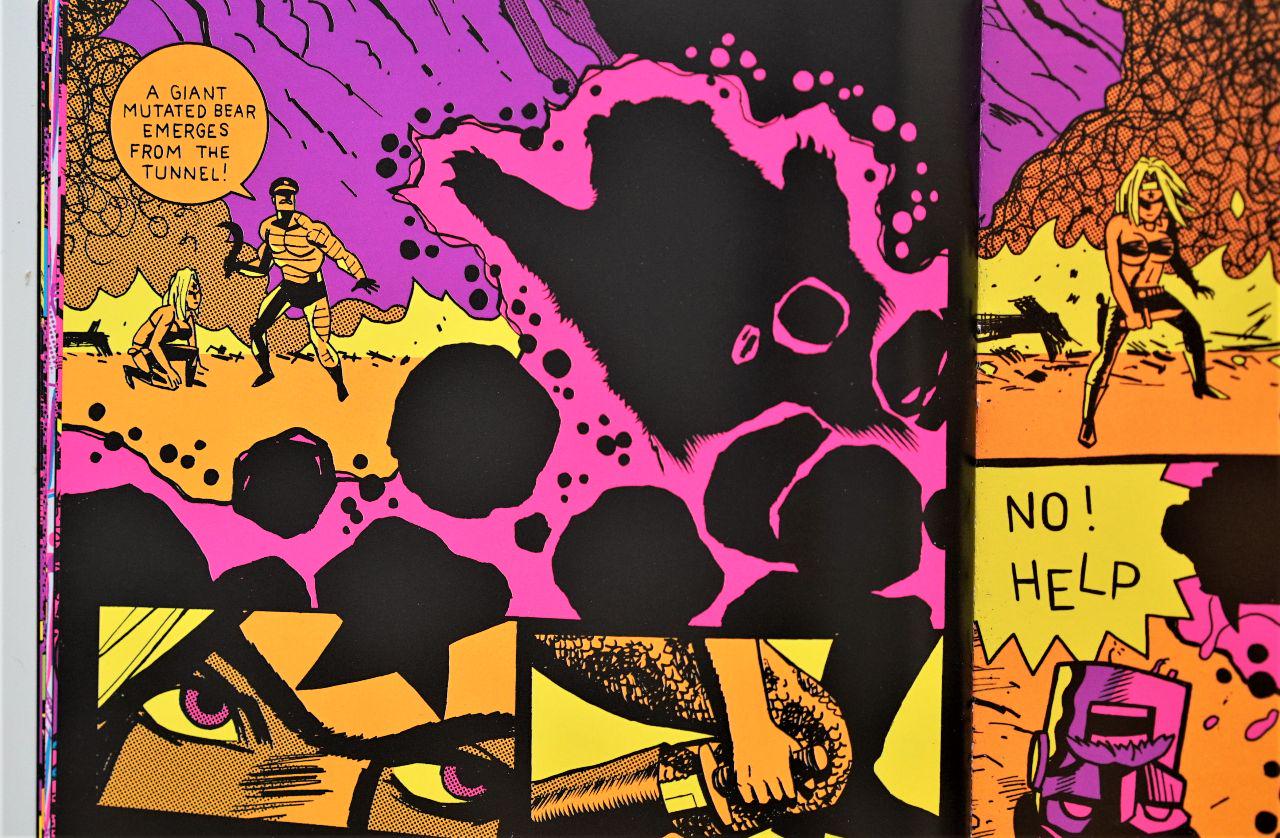 C'mon, man! A mutated bear emerging from the rubble and that's how you choose to depict it?

Generally speaking, I'm a big fan of Jim Rugg's cartooning! He's one of the rare artists in the field who operates at the intersection of what is commonly understood to be cartooning, and graphic design, and other illustration arts, and generally has a good compass for oscillating between which muscles to lean on throughout any given yarn. This special sauce so particular to Rugg's craft isn't very much on display in OCTOBRIANA 1976 though, and instead we're presented with comicbook full of poor storytelling choices.

As disappointing as OCTOBRIANA 1976 is, I don't regret backing it on Kickstarter, and am happy to have participated in funding this fun experiment by Jim Rugg, which I'm willing to bet is but a miniature prototype of far more awesome things to come. One must commend Rugg on the efficiency with which he handled his entire kickstarter, from launch to promotion to production and extremely timely delivery. I do hope we see more kickstarters from Rugg for more fiercely independent output. I have a feeling we have yet to see the extent of what this unique artist is capable of.

That is the hope anyway.