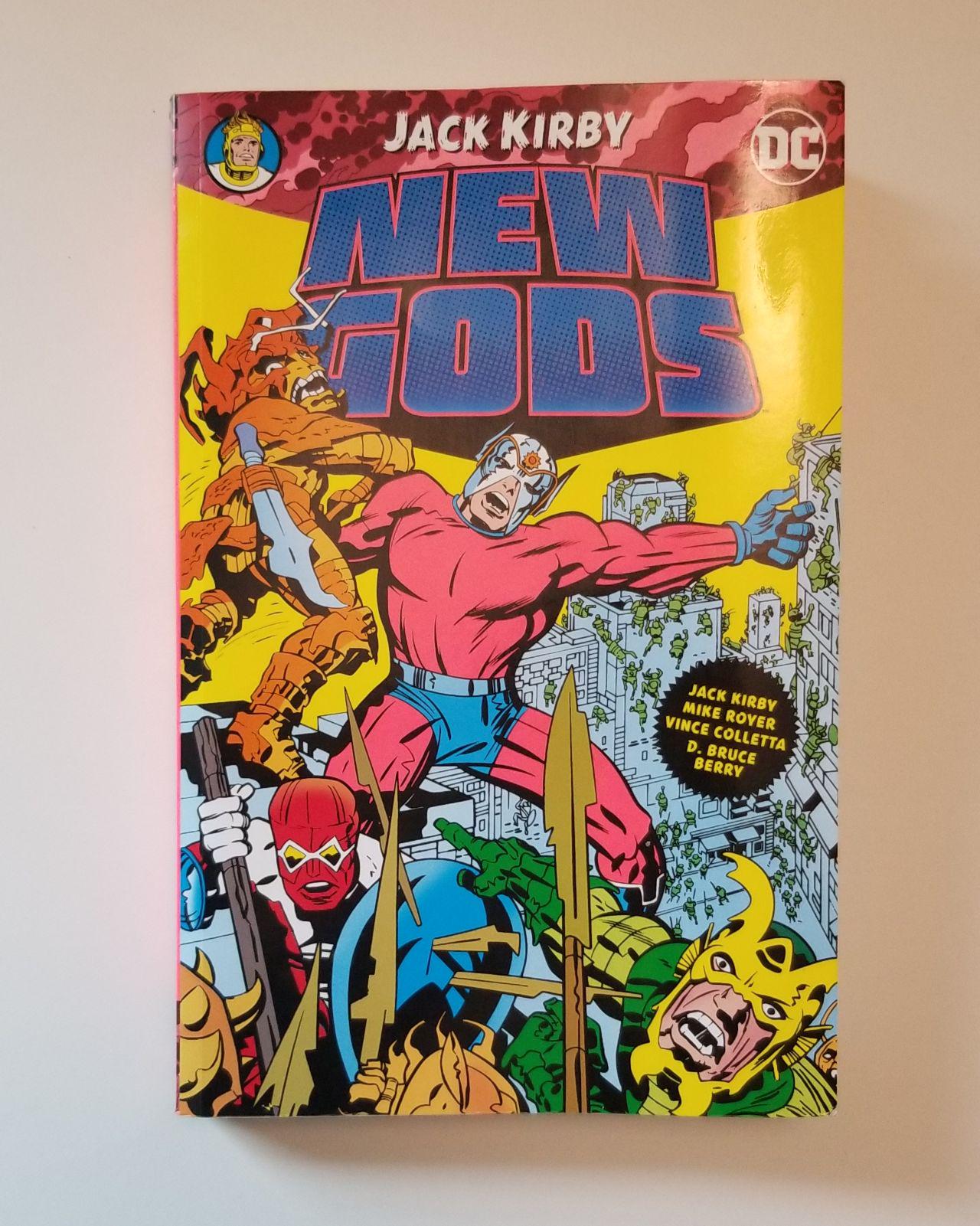 Jack Kirby's NEW GODS isn't good comix, but it's pretty great Kirby comix. What I mean by that is, objectively speaking and judged with other great comix in mind, NEW GODS is an incredibly underwhelming and laughable read. But if you enter NEW GODS with Jack Kirby in mind, you'll likely get a kick out of it because this is Jack Kirby at his Kirbyest, fully leaning into all the things that became his trademarks: krackles and explosions, fighting superheroics, new characters with new inventive costumes being introduced every other page, along with throwaway sci-fi concepts. 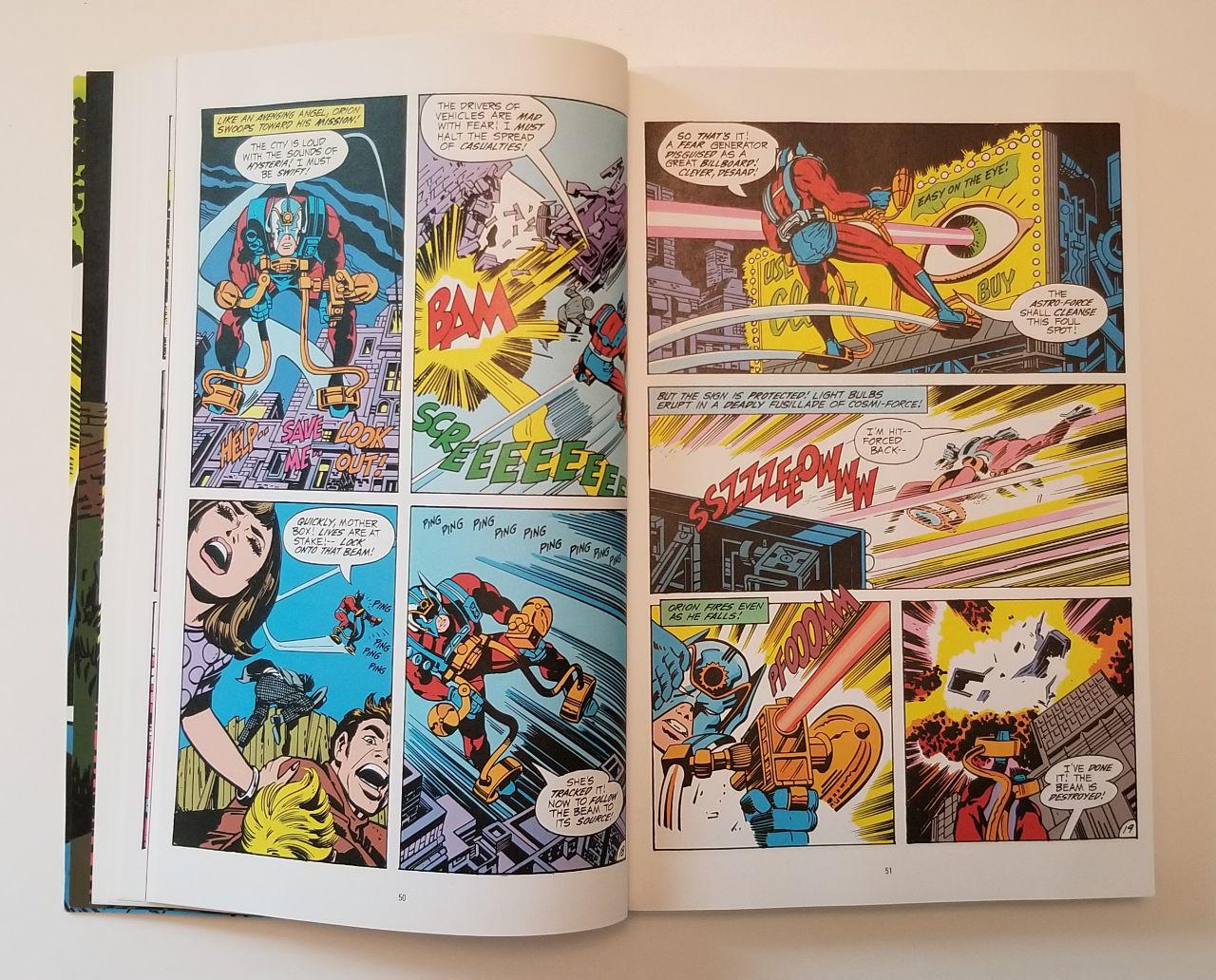 The premise is interesting enough; the old gods have perished and from their destruction arose the New Gods. This bit is only really explored in brief over two pages, afterwards it's all about the drama and brimming war between the New Gods, namely those of New Genesis and those of Apokolips, two sister planets wherein the former is bright, colorful, and joyful and the latter is dark, doomed, and miserable. 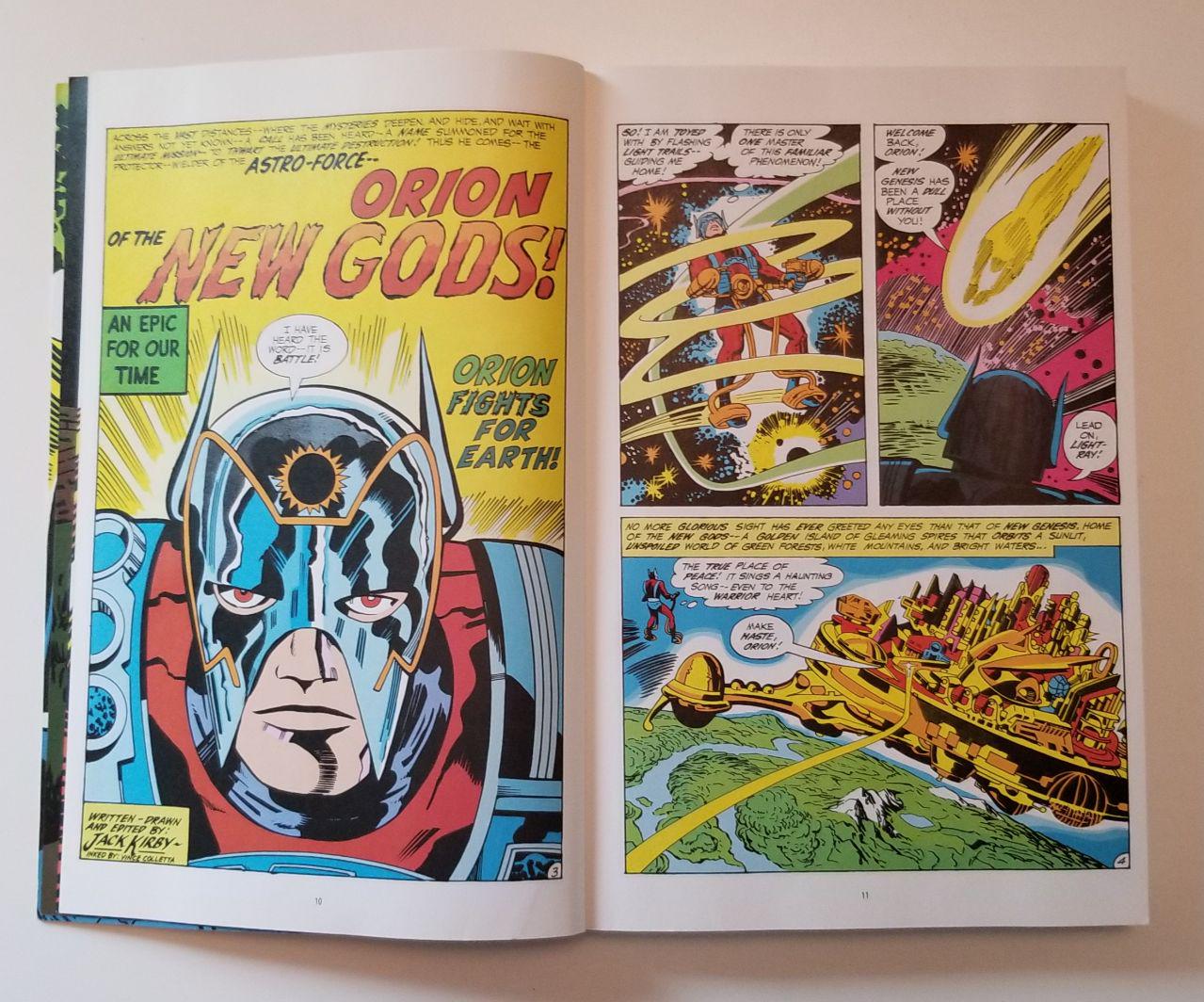 The series starts off with Orion returning to New Genesis from... well, it isn't entirely clear where. A battle of some kind is hinted at, but in any case there is great commotion surrounding his return and his summoning by High Father, a chieftain figure of New Genesis. There, Orion is taken to The Source, an ancient wall that survived the “fiery holocaust” of the old gods. Then appears Metron, a mysterious knowledge-hunter who moves effortlessly through space-time in his throne-like Mobius Chair. And the wall pronounces its marching orders: “Orion to Apokolips—then to Earth—then to War.”

This directive amuses the mysterious Metron who mumbles to himself “How wondrously wise is The Source! Who is more ready to fight the father—than the son!”

Thus it is revealed that Darkseid, ruler of Apokolopis, is Orion's father, but it is something Orion as of yet has any knowledge of. “It is not time for him to know! You shall keep secret!” urges High Father of Metron.

This isn't giving a whole lot away, mind you, because all this occurs before the 10-page mark of what is a 400+ page epic. And within those 10 pages alone, there is the seed for enough material to build entire universes filled with all manner of story. Kirby's knack for imagination and creating the new is likely his greatest gift, but with it comes the curse of rarely following any one thread to its suggested conclusion. The thrill of introducing new threads with new characters in new exciting costumes and/or worlds is just too alluring for Kirby to resist. This frustration with holding course isn't only evident from issue-to-issue but even from panel-to-panel sometimes, where it isn't at all uncommon for Kirby to completely disregard background/setting consistency, especially towards the end of the run. Generally speaking, panel-to-panel storytelling sequentiality isn't Kirby's greatest gift; meaning the transition from one panel to the next is more akin to a jump cut, creating a bit of a jolting reading experience from start to finish, but again this likely has to do with Kirby's eagerness to draw new stuff rather than draw and redraw too much of the same. The end result is that while page readability may not be entirely smooth, each panel is worthy of being its own pop-art painting! Indeed, this is the stage of Kirby's development where he grew into becoming an aestheticist with an entirely unique vision and fingerprint. It almost feels like comix as a medium was a little too confining for Kirby at this point and he may have done very well to explore the depths of his imagination and artistry as a fine artist instead, with far less boundaries in form and function. 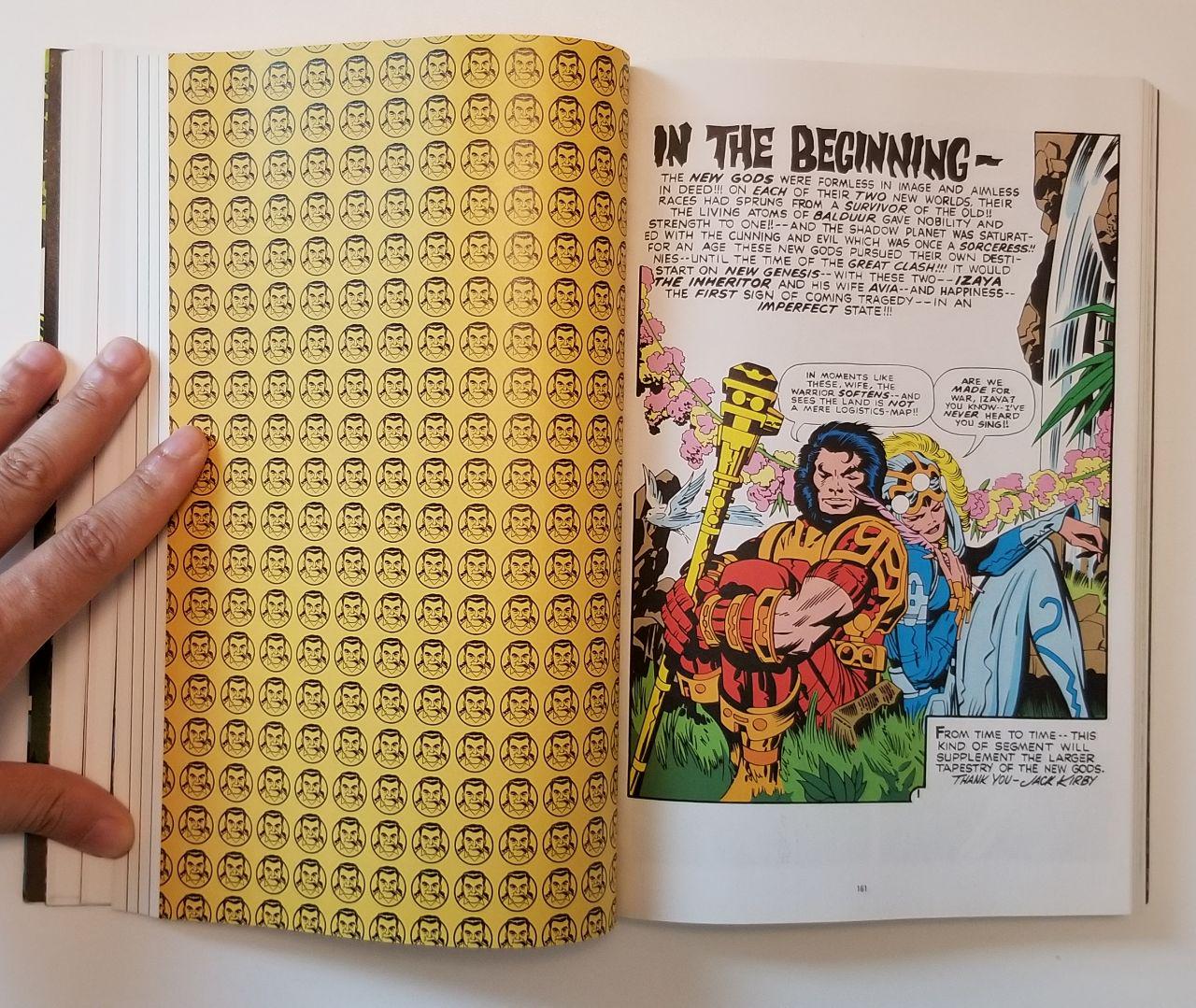 NEW GODS' course is clearly set in the very first issue: an inevitable showdown between Orion and Darkseid, and it does get there, but it meanders quite a bit along the way. Something that on the one hand can be exciting, especially if read as intended (a series of adventuresome episodes) but on the other hand a little frustrating if considered... hmm, novelistically (which would be unfair to do because it was never conceived as such). As episodes, Kirby does a great job of making each issue its own exciting stand alone battle comic, always introducing a new character, a new challenge, and intriguing new concepts. Naturally though, some episodes are better than others. Issue #7 has got to be the undisputed high point in the series, presenting us with a gloriously operatic backstory to what will become the everlasting feud between New Genesis and Apokolips, a complete epic filled with romance, betrayal, cosmic battles, political intrigue, and awesome fights all within a mere 24 pages. It's a landmark issue, and emblematic of the kind of work that Kirby would've really liked to do in NEW GODS if his note on the very first page is any indication: “From time to time—this kind of segment will supplement the larger tapestry of the New Gods. Thank you – Jack Kirby” 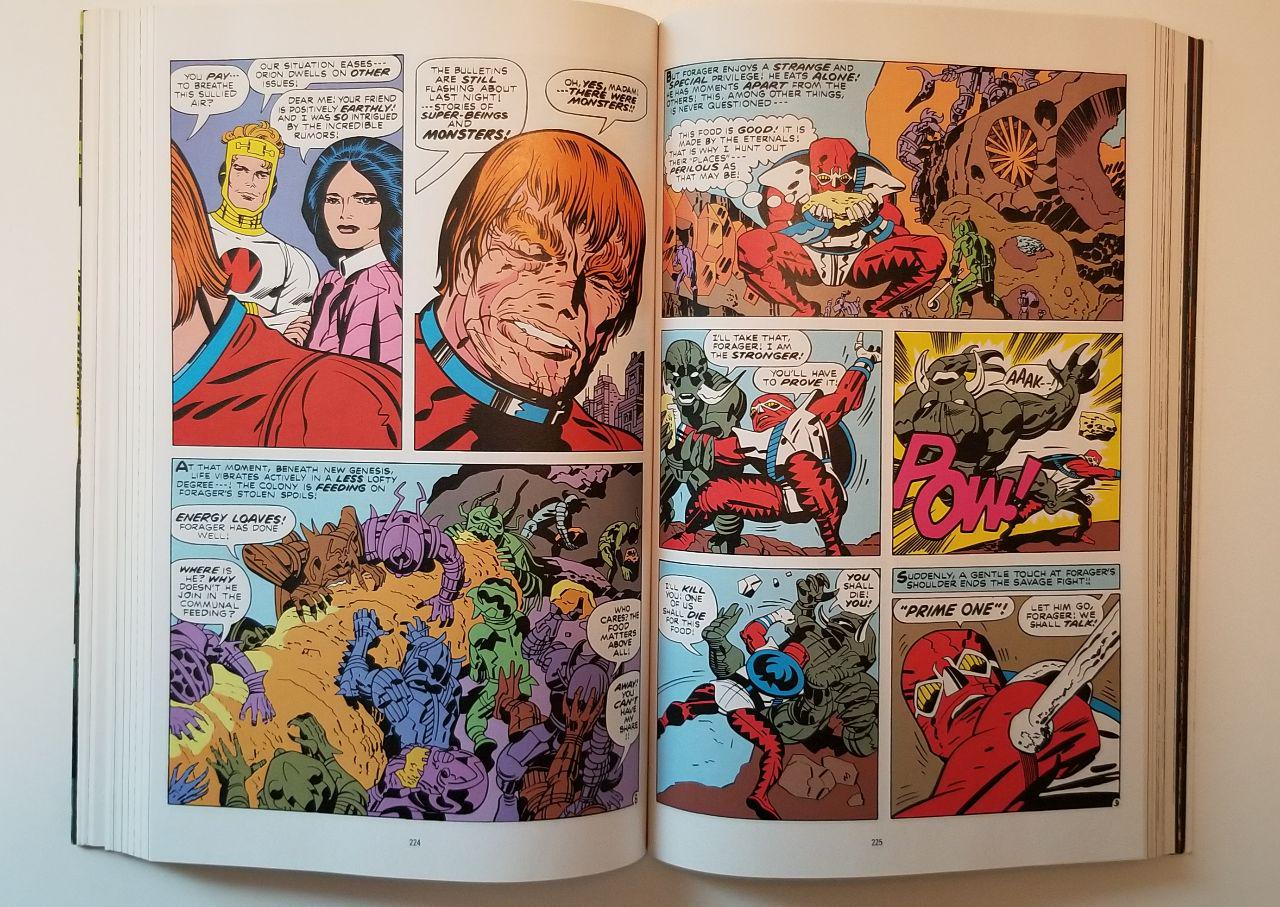 Kirby wouldn't get another chance to do this again except to some degree in issue 9 where he introduces The Bug, otherwise referred to as Forager (it's a little confusing). Another civilization of New Genesis is explored, that of the underground insectoids to which Forager is affiliated, another tale of grand drama, sacrifice, and of course, awesome battles! 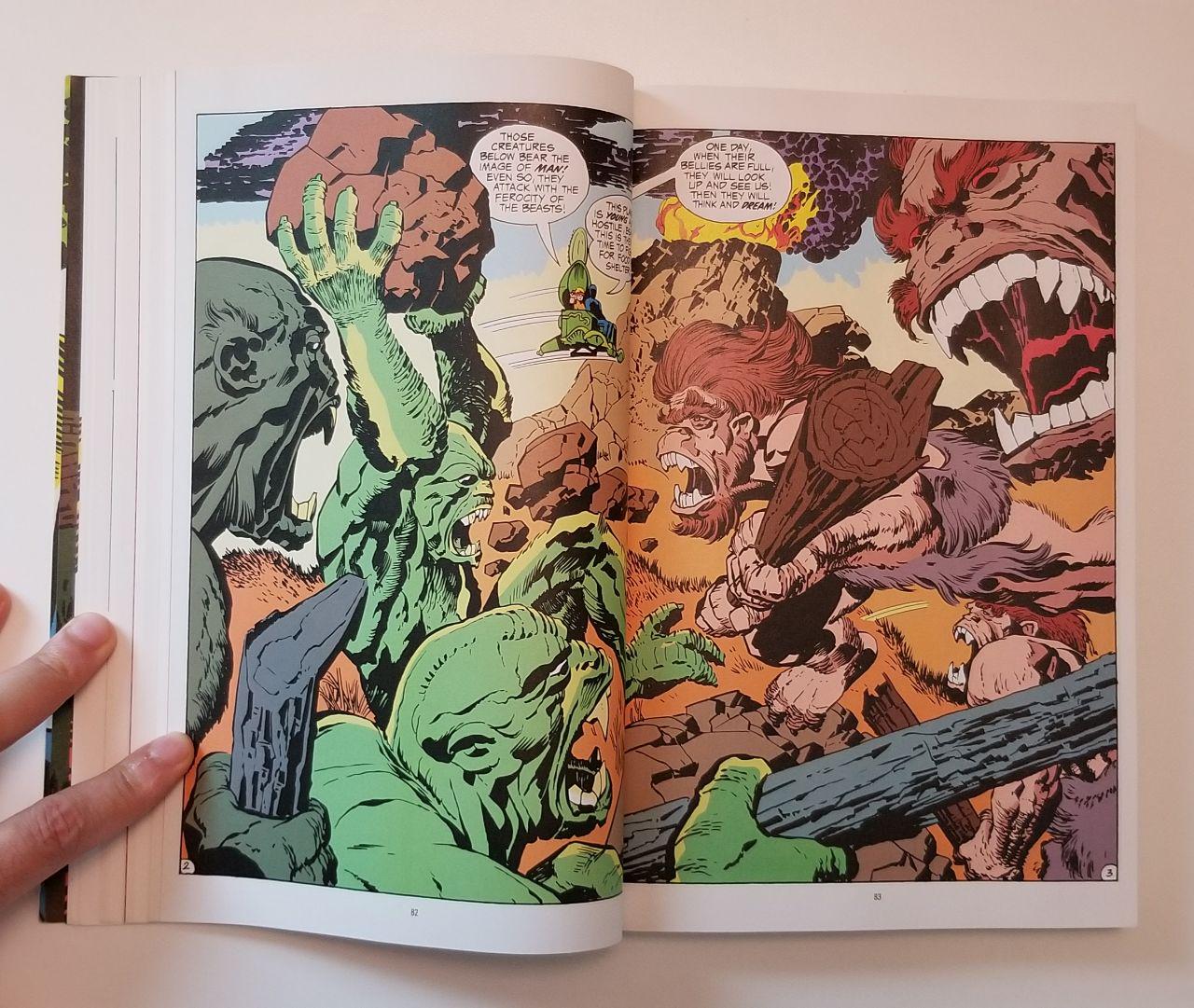 Issues 4 and 5 are noteworthy for the 4-page introductions featuring Metron, the former a quick look at a young planet, and the latter a flyby “the final barrier” where a colossal being larger than a star cluster drifts shackled to “the fragments of devices”. Mad, grand, and beautiful cosmic explorations that would've been a rich and welcomed addition to the series had they been regularly incorporated into each issue. Alas, not the case. Another welcomed addition would've been more of the backup stories included in issues 5 and 7, “The Young Gods of Supertown”, shedding light on the kind of trouble the young ones of New Genesis get up to, independent of the whole Orion/Darkseid storyline. But again, we only get a couple of such installments. 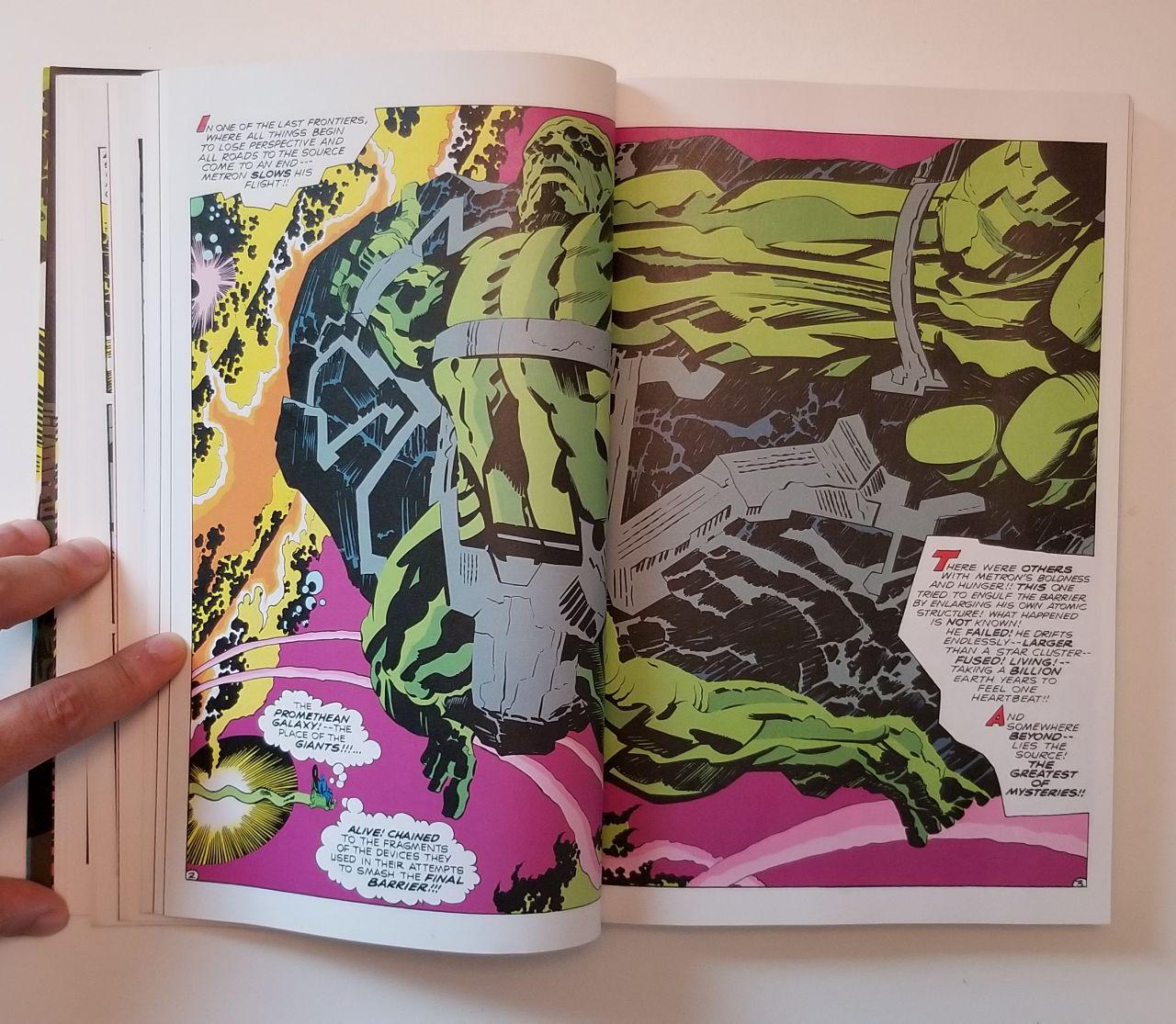 Also worthy of note are issues 6 and 8, possibly the most brutal of stories Kirby has ever done, both involving grand destructive battles on Earth (especially issue 8), and both involving terrible afflictions to human bystanders making them really ahead of their time as far as superhero comix are concerned. 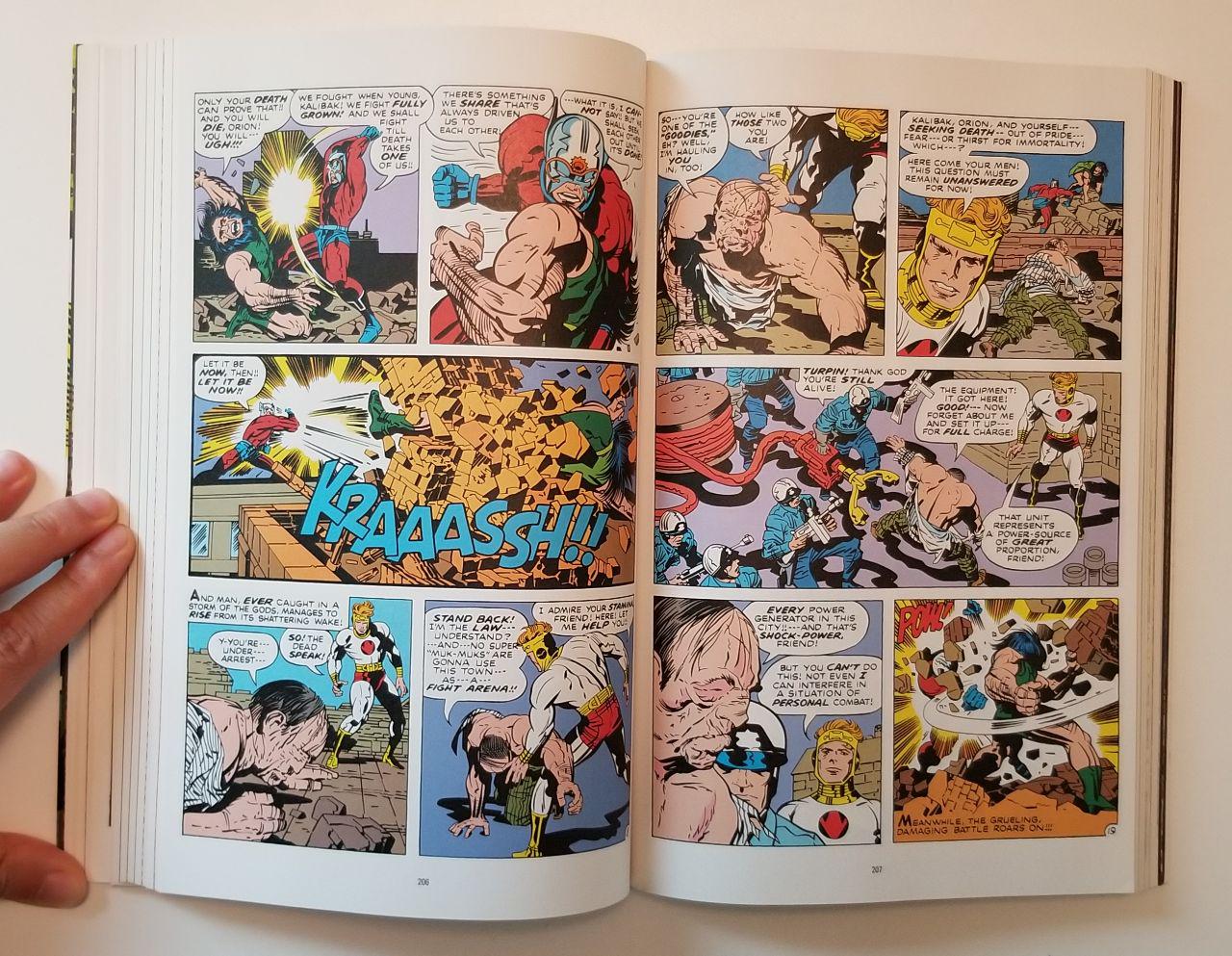 All in all, NEW GODS is a fabulous dossier of grand world-building, with new imaginative ideas introduced on every other page. Neither the storylines themselves nor the storytelling are anything to write home about, but the book will not let up on colorful characters, exciting compositions, and awesome technologies that only Kirby's imagination could conjure up. Within it is the seed for many a fantastic comicbook story, cosmic and street, mythological and grounded, something DC Comics missed the chance to properly build upon when Kirby was still alive. Rather than contract him for 15 pages a week, I imagine DC would've done themselves (and Kirby himself) a great service had they contracted him for just one series while overseeing a line of comix created by other artists/writers based on his NEW GODS. It's obvious that his having to work on a handful of other titles alongside NEW GODS contributed somewhat to the scattered meanderings of the tale. 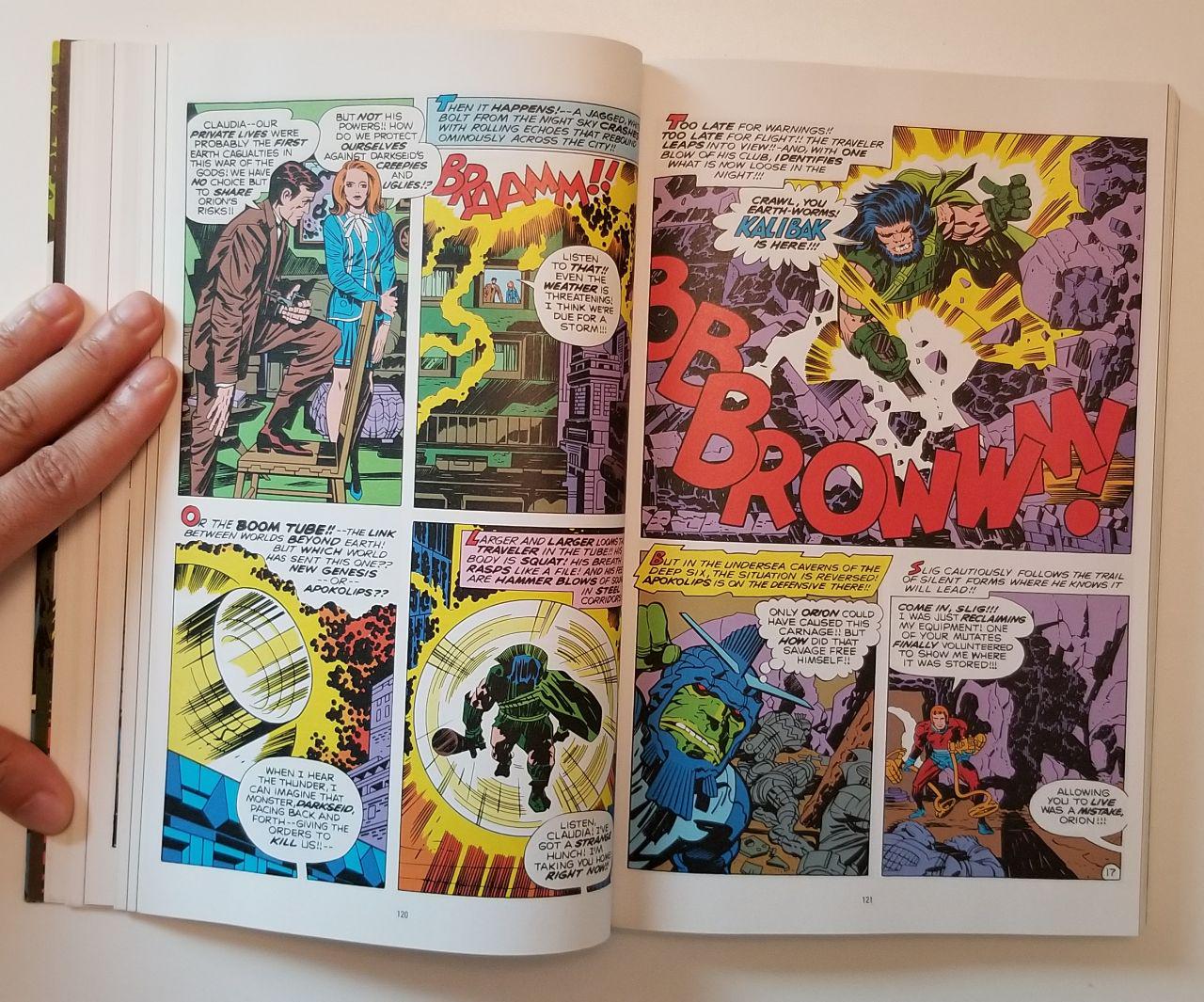 In the end, Jack Kirby's NEW GODS is more an example of what could've been, rather than a story of what is. It starts off exciting and brimming with potential, but then midway through becomes little more than sad and misguided.