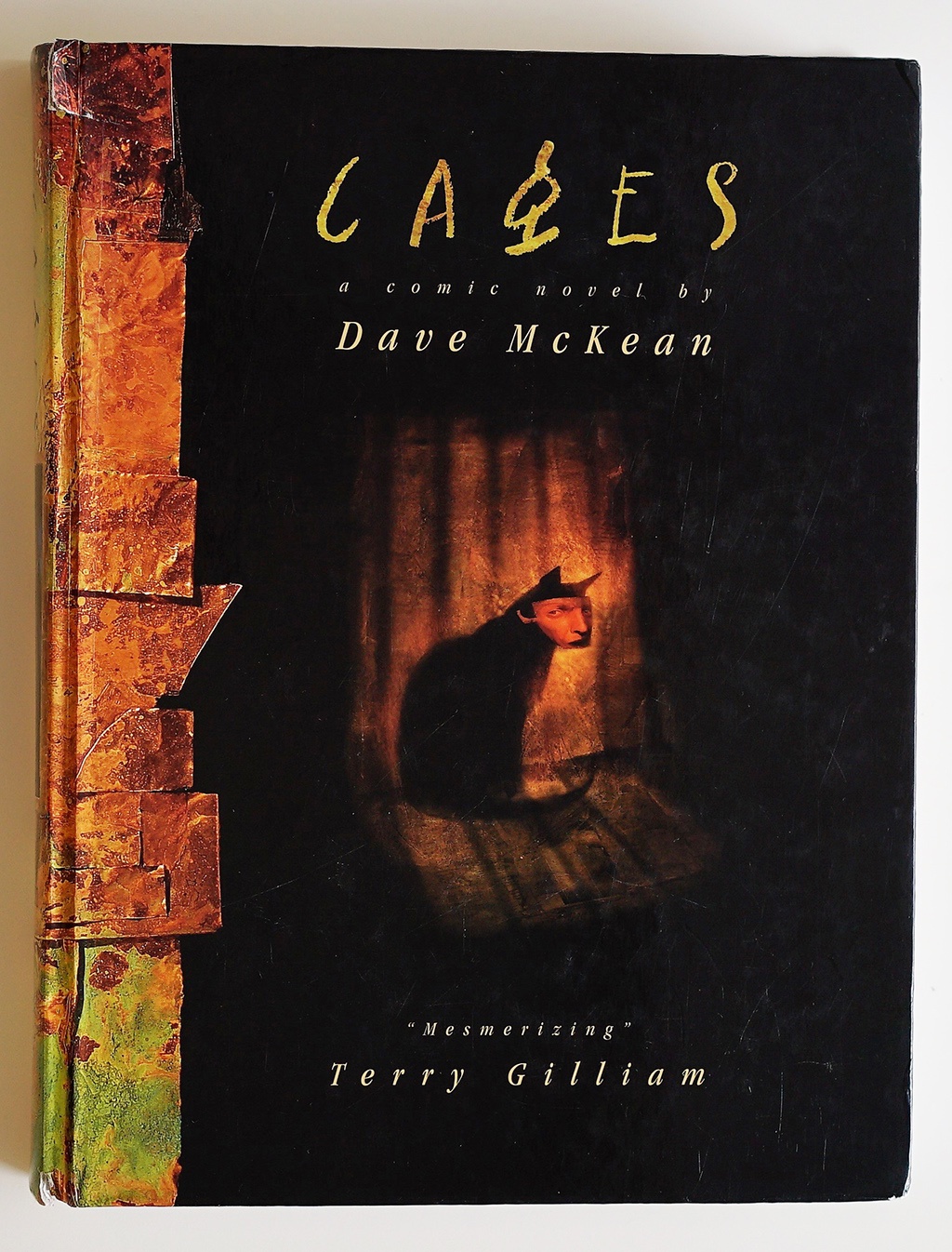 No. But before I get into the whys and how-comes, perhaps it best if I address all the yeses.

It is certainly beautiful work. My favorite of McKean's comix work, even more so than Black Orchid or Arkham Asylum, both of which are very impressive. But rather than the hyper realistic, excessively referenced approach he utilized on those two, McKean opts for something rather whimsical in CAGES. I have no doubt that McKean leaned on much reference throughout but he isn't so concerned with sticking to it so closely here. His figures often stretch and move in peculiar ways and his faces contort rather creepishly. Scratchy ink lines almost etch through the paper and vary in weight from ultra thin to big and blotchy in happenstance. It's as if McKean decided to relinquish as much control as possible to ink, nib, and the laws of physics and it's gorgeous. No straight line is ever truly straight, so you end up with a 470+ page graphic novel that is charged with much of the same raw energy typically only found in artist sketchbooks. There are a handful of sequences where McKean experiments with photography and painting and they're quite interesting, but it's really the expressive line art of the drawing that constitutes the majority of the book that really does it for me. Especially because it's so hard to come by (His spot illustrations in Neil Gaiman's THE GRAVEYARD BOOK being another one of such exceptions). 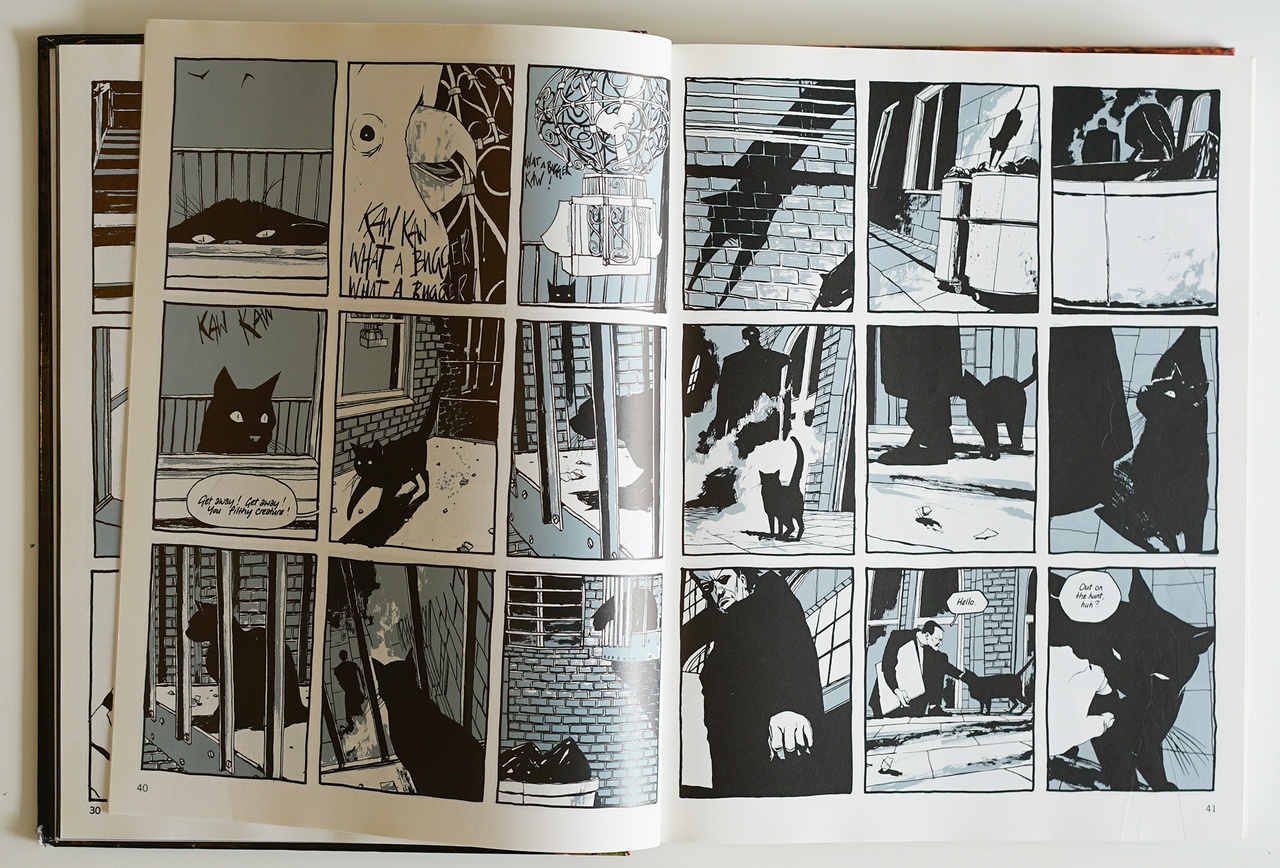 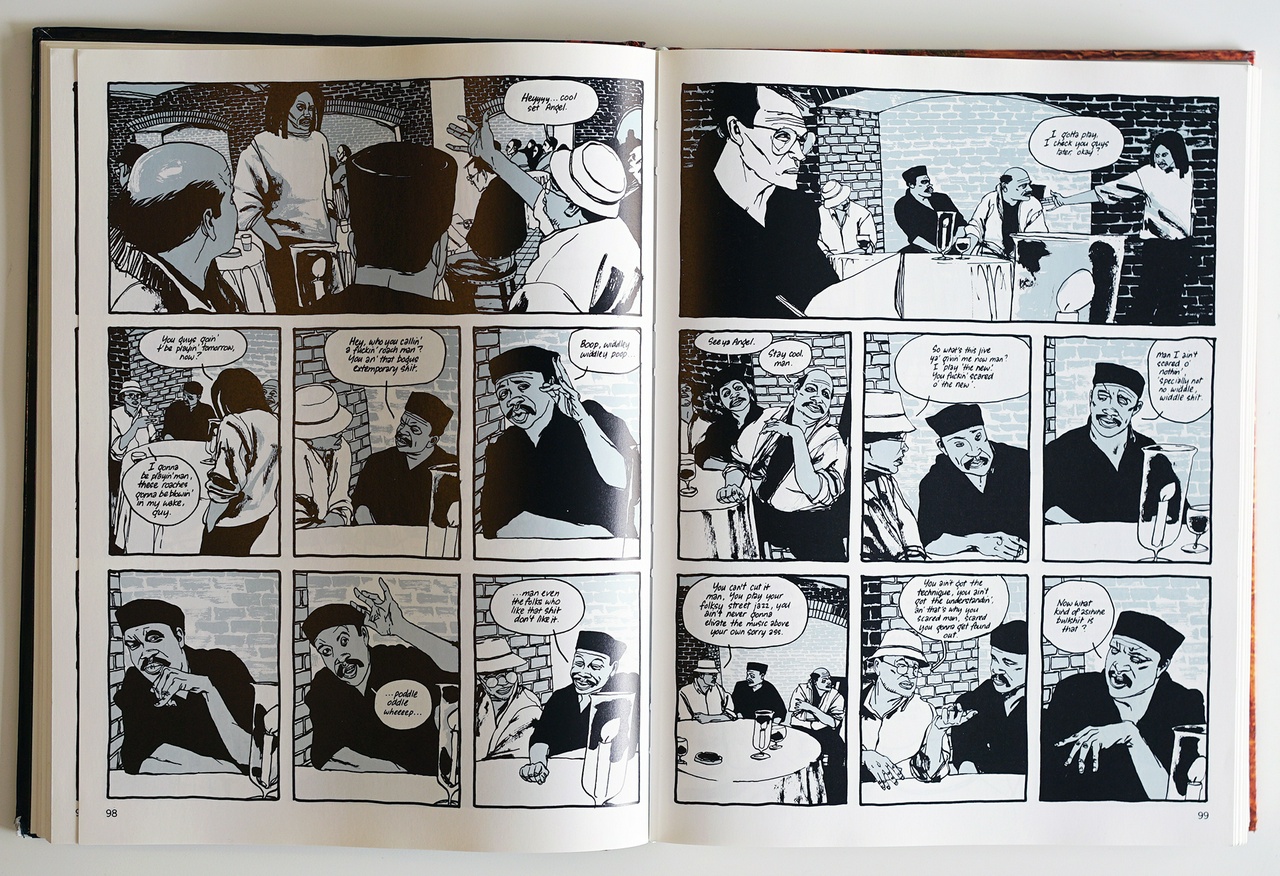 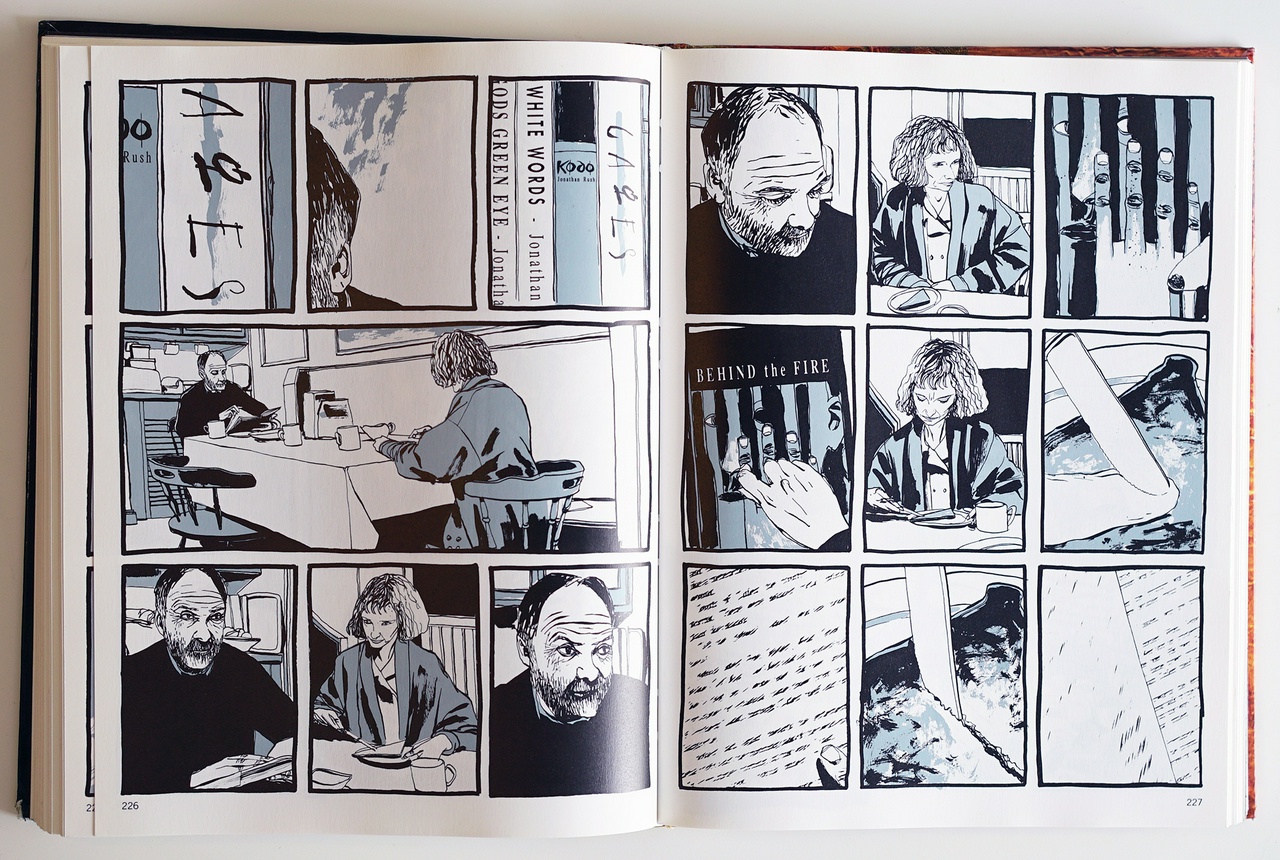 The other great thing about CAGES is seeing McKean flex and even indulge in the storytelling department. Multiple sequences of straight up talking heads, and even a couple sequences with a single talking head, sometimes going on for pages on end. Not only does he utilize them, but he's able to make them sing. A facet of what he does with facial expressions and the speech itself. Speaking of speech, McKean's lettering is sublime! Far more expressive and idiosyncratic than you'll see in most comicbooks and yet totally legible. Very much part and parcel of the lineart itself. 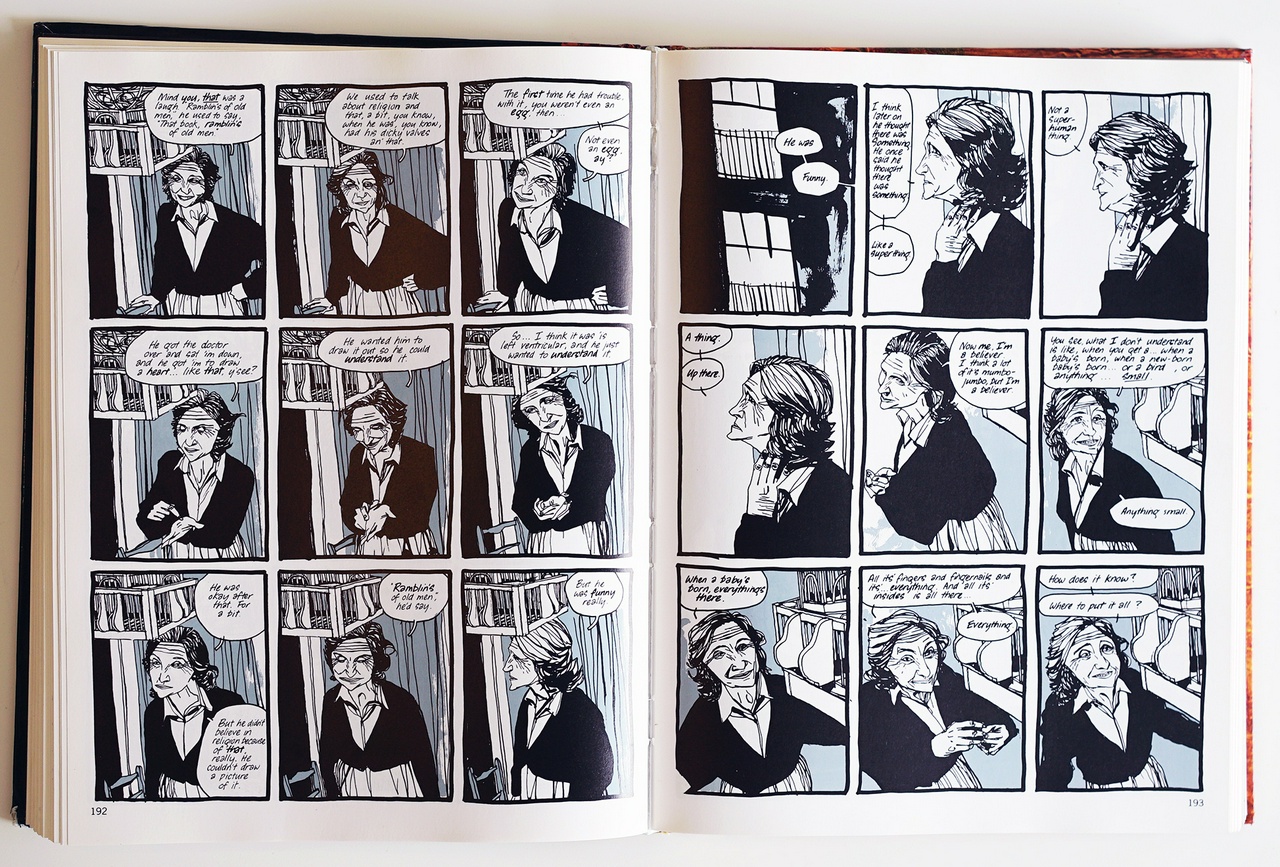 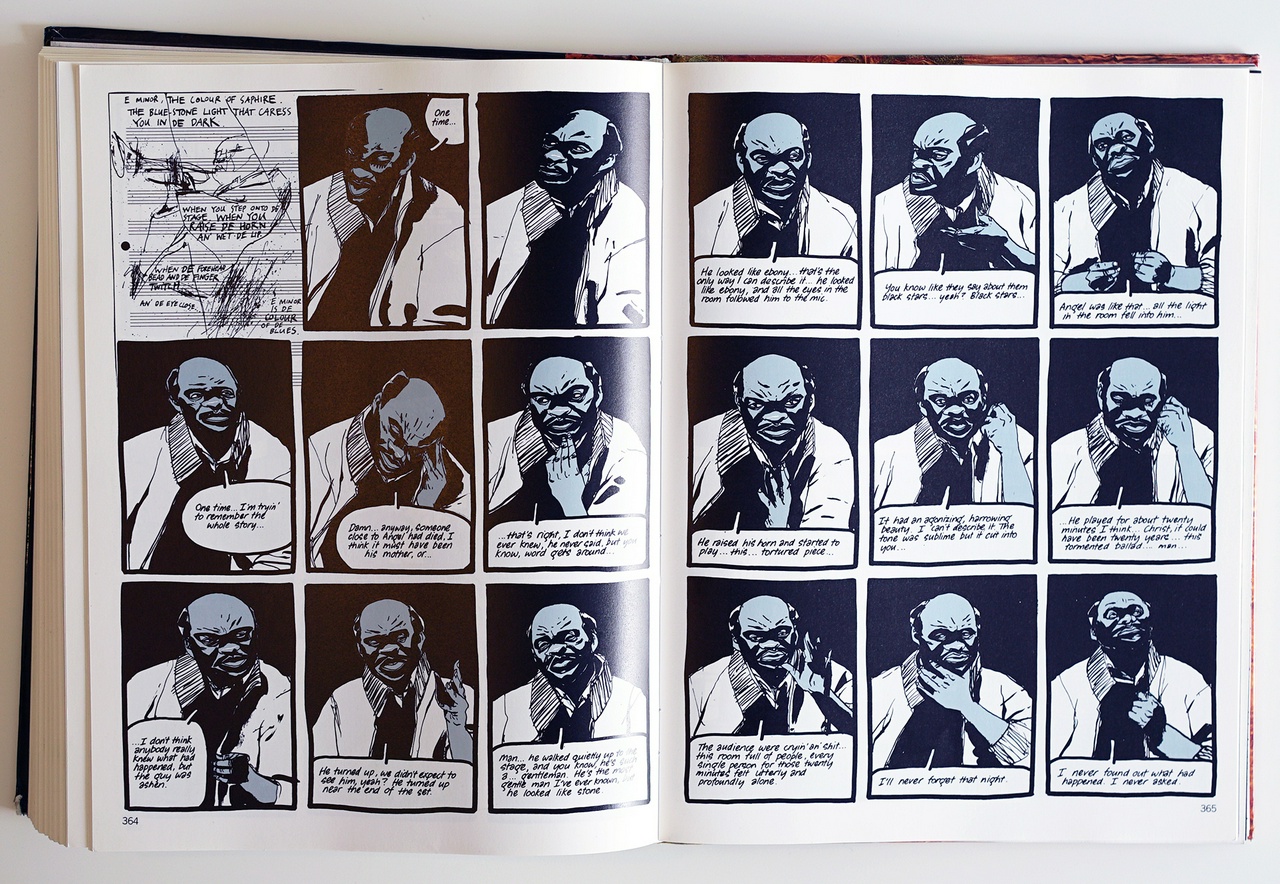 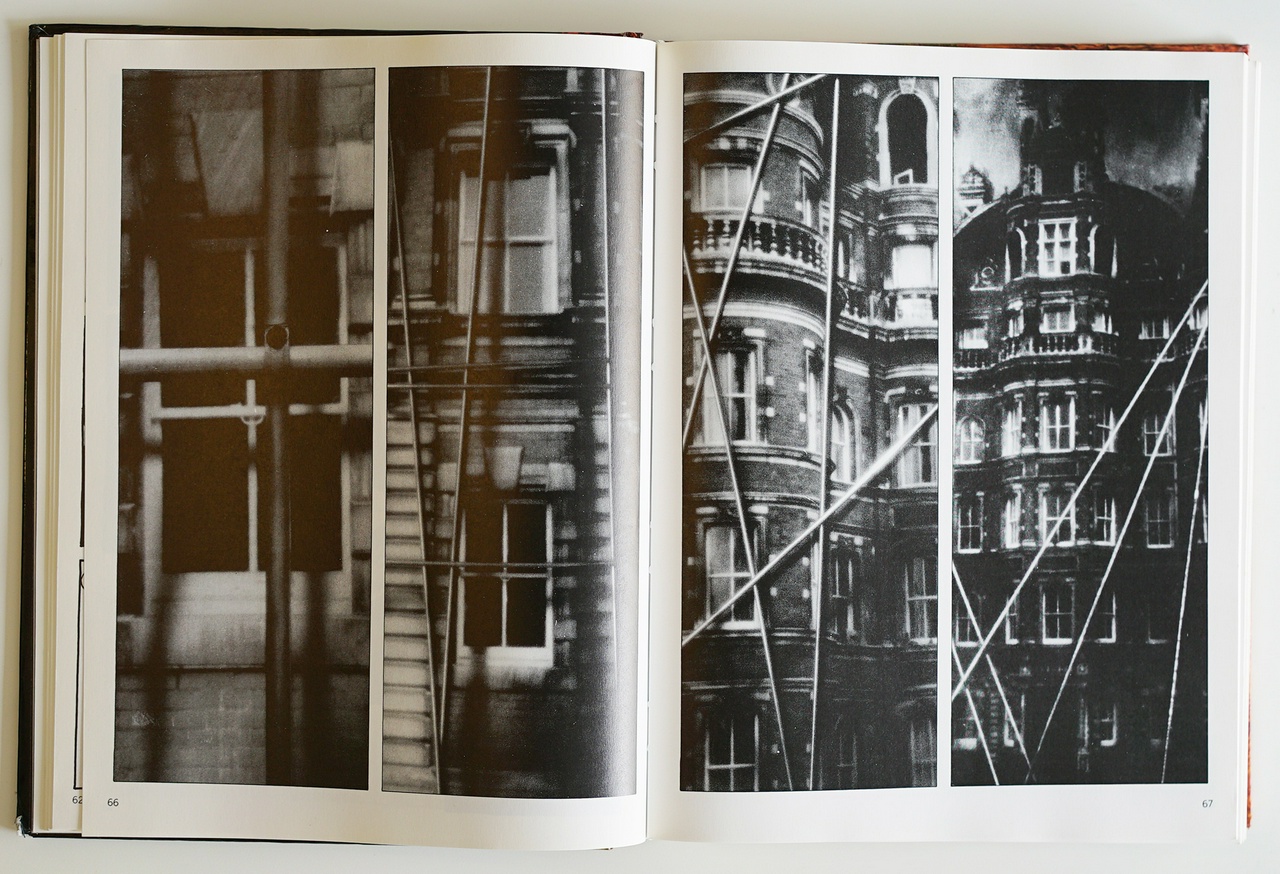 Because the story features an artist, there are a couple of art-making sequences that I very much enjoyed, and a couple poetic jazz club sequences, and story-within-a-story type things. Oh and a very beautiful love-making sequence. All in all, it's gorgeous stuff. But—here it comes—to what end? I'm not really sure. 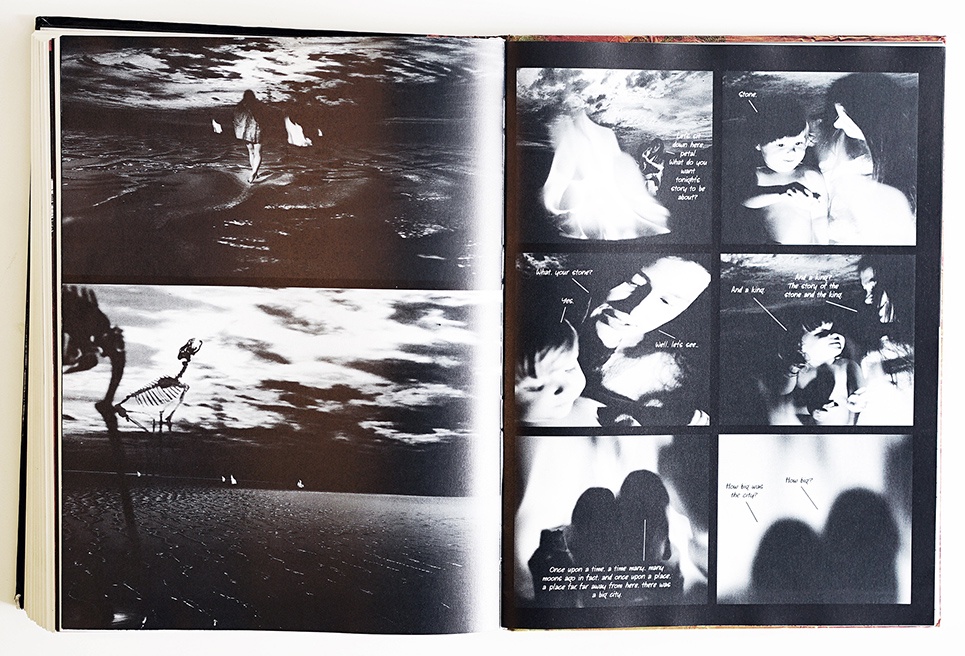 I'm not sure anyone's really sure. I'm not even sure McKean's really sure. And y'know, that can be fine. Art-as-exploration can be more than fine. It can lead to revelatory things a lot of the time, but this is not one of those cases. It just ends up being a largely incoherent mess of loose threads that inevitably falls flat. At least it did for me. 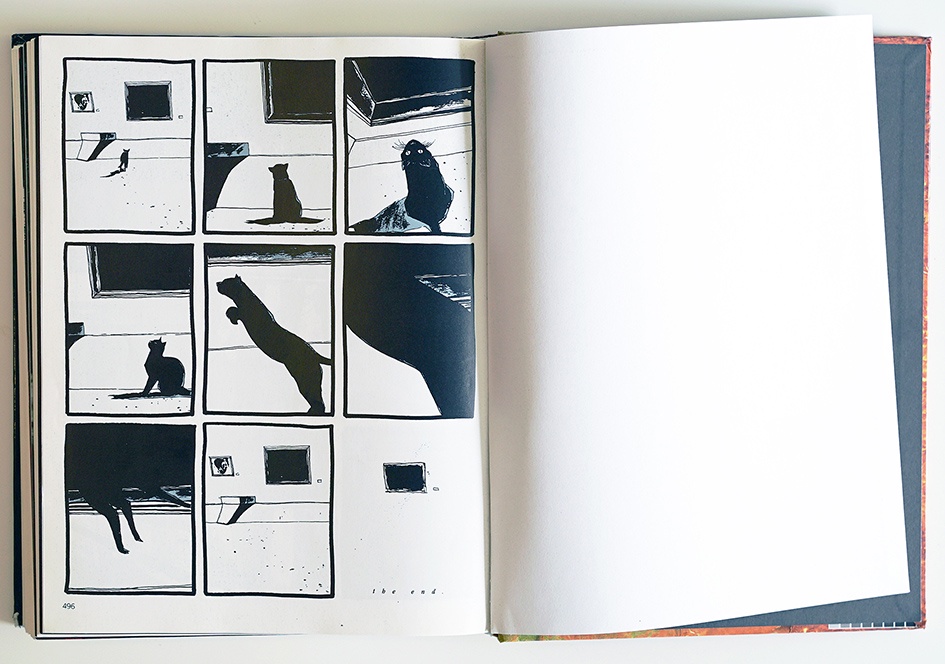 Another pet peeve of mine is the object itself. Since the version I experienced is the oversized hardback edition by Kitchen Sink Press, that is the particular edition I'm reviewing here, the physicality of which certainly affects the experience. Extra thick coated paper is a big minus, at an enlarged size of 9”x11.5” in hardback makes the book a damn chore to handle and subsequently read. I'd opt for scooping up the floppies instead. And if books are your jam, getting those floppies custom bound. But hey, that's just me.