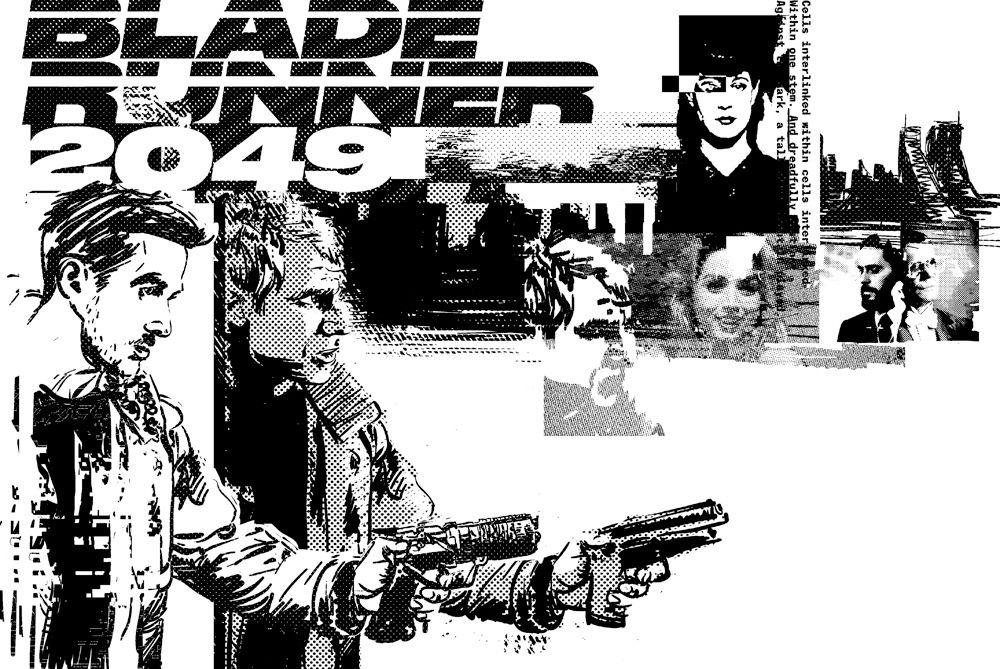 Ridley Scott’s original 1982 Blade Runner was flawed, and so is this one. But damn is it good. As good as the original? No no, it’s better. I’ve read think pieces about how the original Blade Runner flopped because it was way too dark for its time. Far from the optimistic futures of Dan Dare and Steve Rogers, which wasn’t what people were ready to see. I call bullshit, because if that were the case, Ridley Scott’s previous film, Alien, would’ve been a huge flop as well. I mean, Blade Runner was dark, but nowhere nearly as dark as Alien. The main difference, I think, is that Alien clearly knew what it wanted to be, whereas Blade Runner didn’t. Even to the point where for the 30+ years following the film’s release, Harrison Ford and Ridley Scott continued to argue over whether or not Deckard (Ford’s character) was supposed to be a replicant (humanoid android). It is perhaps for that very same reason that the movie found itself gaining a prominent cult status long after its commercial flop. The ambiguity of its meaning. That, and of course the expansive world building hinted at from just the vantage point of a future Los Angeles plagued by acidic rain, and home to a wide array of tongues. Not to mention the eerily impressive future noir production design and set pieces.

Luckily, Denis Villeneuve’s Blade Runner 2049 has all of that and then some. It builds upon the original Blade Runner elegantly without losing any of the spunk that made the original the closest thing we’ve seen to a cyberpunk noir spectacle. Except in this version, Ryan Gosling’s character who goes by K, short for KD6.3-7, knows very well that he’s a replicant. He is, however, a replicant that follows orders, doesn’t rebel like the older models (like Deckard’s), and as such is tasked with “retiring” them, which he does with an absolute clear conscience. Or perhaps, no conscience at all. Until he discovers something that makes him question the origin of his memories. Or rather, memory implants. Uncovering the mysteries requires some critical detective work on part of K, none of that hi-tech, cheating with a computer a`la CSI stuff, but real deductive detective skills that would make even Sherlock Holmes proud. The kinda stuff that could only be pulled off with an analytical mind and a keen eye for subtlety (something Deckard never really got around to doing much of in the original Blade Runner, as Harrison Ford put it himself, “I was a detective who did very little detecting”). The theme of the original Blade Runner, which centered consciousness around love, is present in this one, albeit not the main plot that drives the narrative. But it is taken up a notch through K’s relationship with his virtual assistant (compared to Deckard’s relationship with an actual replicant), which only serves as a minor subplot, one which if eliminated from the film wouldn’t really change the narrative one bit. The main plot however, is built upon a different philosophical question: the relationship between consciousness and the ability to reproduce?

Although easily dismissible as a pretty dumb question (because the ability to reproduce obviously isn’t what makes us human), one can see how this could be a major game changer from a replicant’s point of view, even one designed to strictly follow orders.

Although never boring, the film is needlessly long, close to 3 hours. Aside from the unnecessary subplot involving K’s assistant, there are a few questionable scenes in there, like the one in which Jared Leto’s character Niander Wallace kills a “newborn” fully grown replicant for absolutely no reason whatsoever, other than to point out that he’s the big bad guy, I guess. Although his motives, and our protagonist’s aren’t necessarily opposite, because what Wallace essentially wants is to get replicants to reproduce. This makes one feel that perhaps the only reason they are at odds is a case of miscommunication, even if not necessarily intended by the filmmakers.

The moment K and Deckard first meet is a big one, but is somewhat ruined by our knowledge of it already happening, thanks to the film’s marketing campaign greatly hinging on announcing Harrison Ford’s involvement. I feel the studio has done the film a great disservice by revealing it so early on. It’s a bit akin to placing a novel’s central plot twist right on the book’s cover.

The score by Hans Zimmer and Benjamin Wallfisch is grand and daunting in all the right parts, but I personally could’ve done with just a hint of 80’s Carpenter-esque synth goodness.

Without a doubt, the weakest link in the chain of the film’s artistry is in the dialogue, for there are a way too many instances where it is cheesy beyond belief. The strongest link is the visuals and production design. My god, how gorgeous! Every set, every scene, and every goddamn frame is a beaut, it’s unbelievable.

Between that, the world building, and the philosophical questions inherent in the world presented to us, I am already eager to watch the film again. And I may even be on board for another sequel or two.