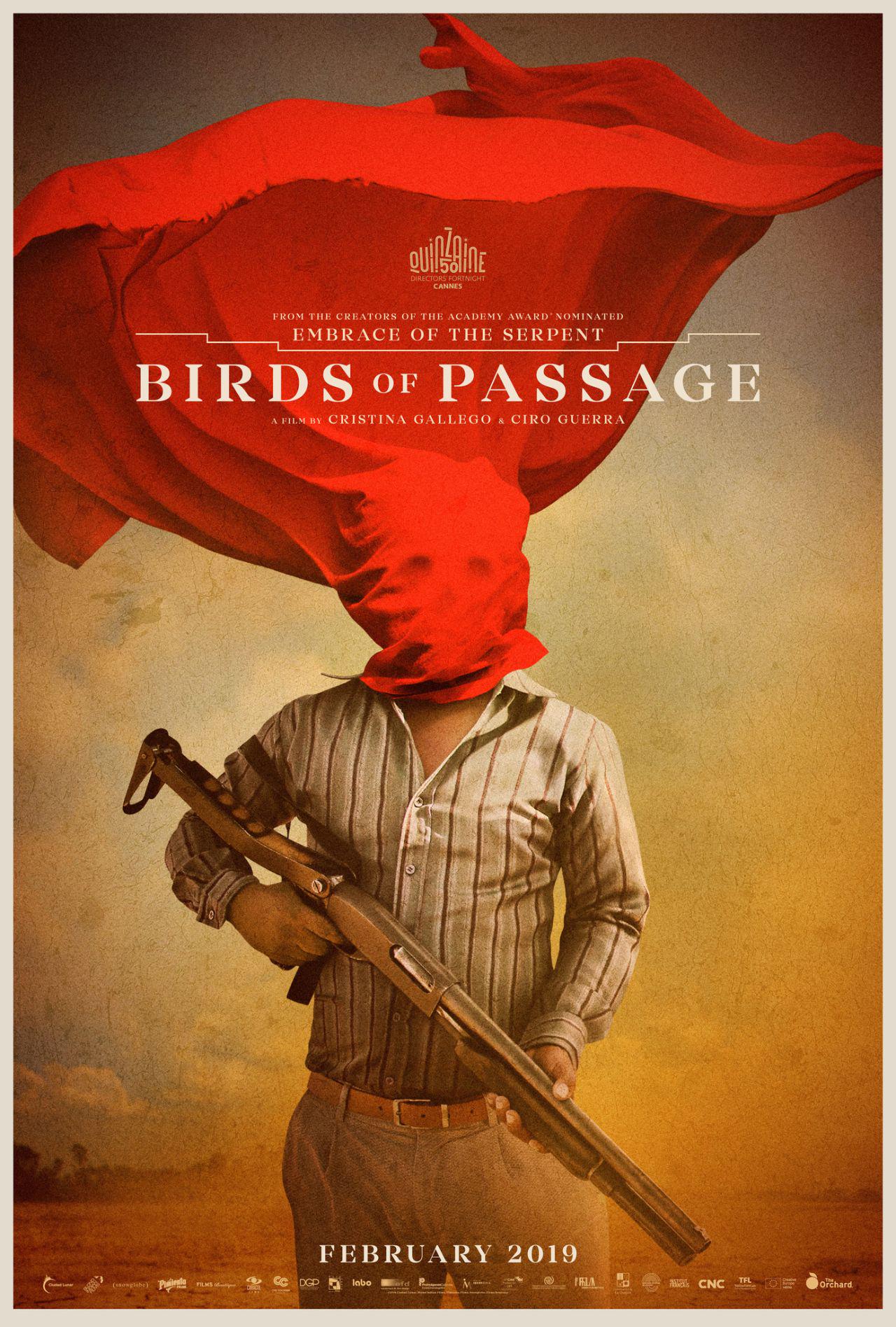 BIRDS OF PASSAGE is a crime movie that does not feel like a crime movie. Chronicling a Wayuu family’s rise to power by way of illicit drug & arms dealing prior to their fall from grace and the inevitable disintegration that follows, the film serves as more of a window unto rural Wayuu culture in the seldom seen highlands of Columbia. The crime plot here isn’t the main attractor, but rather a narrative vehicle used to explore the Wayuu way of life, crime involved or not. Special attention is given to the depiction of unique Wayuu marriage ceremonies, burial rituals, the interpretation of dreams, and the passing down of ancestral stories. All this makes the film feel more like an anthropological documentary than your regular run-of-the-mill crime yarn, yet it is the crime yarn that serves to propel the narrative forward in a way anthropological documentaries seldom can.

In that sense, a lot of the film’s DNA seems to stem from Third Cinema, in that a fictional story is being delivered through an all too real, very-documentary-like package. Where it veers from standard Third Cinema is in its motive: It doesn’t exist as a critique of capitalist bosses in favor of the masses, nor as a critique of the colonizer in favor of the colonized. It simply serves to highlight the unique qualities of a culture far removed from where cinema is typically made, and in so doing it highlights the thing that makes us special as a species. Even if we all end up killing each other in the end.