A Magick Life: A Biography of Aleister Crowley 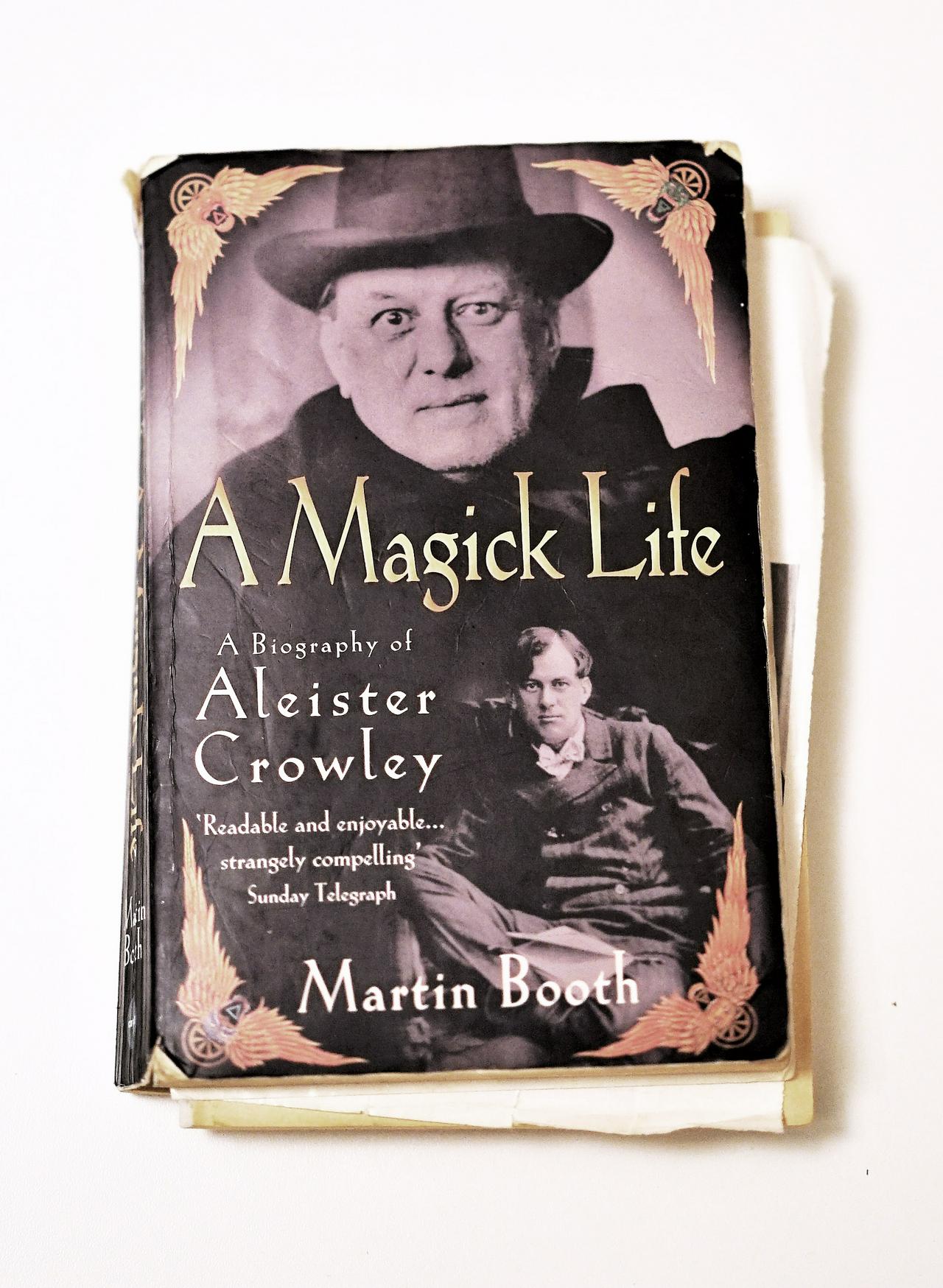 Crabapple sent me this one after a conversation over cocktails in Brooklyn back in the summer, during which Crowley’s name was brought up. Neither of us are Crowleyites (I think) but we both have varying degrees of interest in the occult. My curiosity is a bit more recent, largely ignited by three bits of information:

Any interest I might’ve had in Crowley in particular though was largely based on what very little I knew of him; the things that make their way to you without any active research you might embark on on your own. Namely, that he was an occultist who amassed a large following after his death due largely to his efforts in self-publishing. Or so I thought. Reading this book brings every dark crevice of this wicked man’s life to light, and… it ain’t pretty. That isn't to say that the book is a negative look at Crowley. In fact, it's incredibly balanced, to the point where you might find yourself baffled by the author's ability not to comment on some of most outrageous bits in this chronicle. Those are the parts I like the most to be honest, because when the author does offer his own take on something, it can often be quite flawed. One example is when Crowley had a less than favorable opinion about the Statue of Liberty's location of New York when it was originally conceived for the Suez Canal, to which Martin Booth claims Crowley must've been misinformed. Why Booth is unaware of what is arguably common knowledge is rather surprising to me. And with that one must take caution in the passages where Booth imparts his own knowledge of history independent of Crowley. But otherwise, Booth chronicles Crowley's life from the moment of birth until death in such a masterfully exciting way, you'll find yourself glued to the book and burning through its pages with ferocious speed. It helps of course that Crowley's life was a fascinating one to say the least. It's certainly difficult to like him after reading this, so much that I question how on Earth he can possibly have a following at all. But as unlikeable as he is, there can be no dispute that his life was rather enthralling, dotted by one shitty choice after the next. There are aspects to him that I'm sure any maverick might find appealing (hello, Crabapple), like his disdain for societal norms and his inclination to oppose the culture at large at every possible opportunity. One of the bits I found most fascinating was Crowley's attempt at establishing a commune in Sicily. With someone of Crowley's incredibly poor decision-making skills at the helm, the experiment failed in every terrible way possible. But this still—along with many other aspects of Crowley's life—pits him as a leading predecessor to the counter-cultural movement that would take root in America some 40 years later! Had the details of his experiment been brought to light sooner on a mass popular scale, the utopia-seekers of the 1960's might've been able to finetune their methods and avoid making the exact same mistakes. Crowley was in fact ahead of his time in more way than one it seems, but they all seem to have filtered through the cognitive part of his brain that inevitably results in terribly poor judgement. Be it sex, publishing, mountaineering, money-management, human relations, religious exploration, travel... you always get a sense of brilliance combined with complete idiocy. It's such a dichotomy that makes for a fascinating read, even if you care not for Crowley or even the occult for that matter.

The other thing that makes this book so great is that—like the best biographies—it's an absolutely fantastic window on a tumultuous period in history. From the turn of the century to the World War I to the roaring twenties and well through World War II, all serve as a backdrop to the life of one of the most eccentric characters in human history, and you get a feel for how it must've been better than any movie or period piece could ever do justice. Down to the little fact that opium, cocaine, and heroin were readily prescribed to treat things like asthma and freakin' toothaches! It doesn't take much to deduce that likely every single person Crowley interacted with must've been at least mildly intoxicated at any given time. In fact, it probably applies to everyone we read about who ever lived between 1898 to 1950.

But that's not why you should read this book. You'll read it because it's a damn thrill, and... it'll probably make you think twice before making any horrendous life choices.